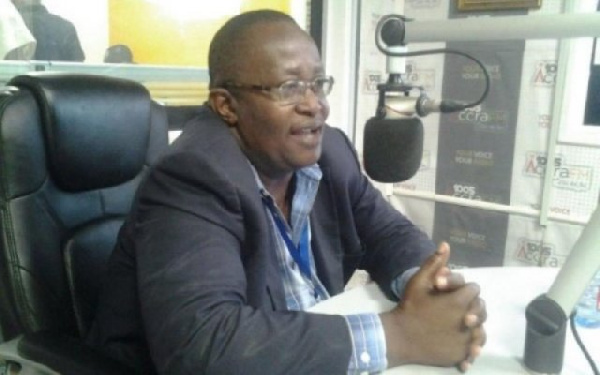 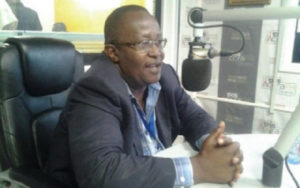 Local governance Expert Mr. Issaka Amon Kotei has said the successive Ghanaian governments  have not done enough to fight corruption in the country.

He said corruption had been a bane of the country’s development for years, with the poor and vulnerable being the victims, and yet governments was not doing enough to change the trend.

Mr. Amon Kotei  noted that, vetting of our Ministers since the era of President Kufour to the current dispensation has always been fraught with corruption and suspicions.

Speaking on OTECFM’s NYANSAPO morning show in Kumasi on Wednesday May 26,  2020, rather indicated that the average Ghanaian politician was extremely preoccupied with the interest of his or her pockets, family, party and if possible the country insisting that this has been our main bane towards our growth as a country.

“I entreat Ghanaians to desist from having false hopes that successive governments including the current Nana Akuffo-Addo led administration is endeared towards the fight against corruption in the country“.

“As a responsible opposition with a duty to keep government on its toes, the NDC is embarking on a corruption tracker series to track the status of the countless corruption scandals that Ghanaians have witnessed under the NPP government,” he told the programme’s host Captain Koda.

According to the Local governance expert indicated that, he is worried about the fact that resources that should have gone into developmental projects to uplift the poor were allegedly channeled into the pockets of individuals.

Mr. Amon Kotei was of the view that,  a lot of rhetorics have gone into claims in fighting the canker by Ghanaian leaders over the years the same cannot be said in terms of substantial evidence adding that leadership commitment in the fight was woefully inadequate.

Touching on Mr. Martin Amidu’s latest epistle on President Akuffo-Addo using Minority’s Double Salary Scandal as bargaining mechanism, Mr. Issaka Amon Kotei maintained that the writings were clear on the walls adding that the manner in which the President’s appointees were approved en bloc after the vetting by the minority caucus indeed bred grave concern amongst the public.

He further accused the minority on the vetting committee of rather thinking of their political party’s interest insisting that they were bent on approving the nominees no matter their competence.

He pointed out,” the minority wanted to approve the nominees especially Hon. Hawa Koomson who would mess up her ministry  looking at her previous records so that it would give them the course to criticize the government in future. For instance they were in a hurry to approve Hon. Ken Ofori Atta who was an expert in borrowing so that in the end they would accuse the government of over borrowing. So you could see the Minority has their own agenda going into this whole vetting process.”

Mr. Issaka Amon Kotei who further described the Nana Addo administration as a hanky panky accused the President of failing to produce funds for projects he has introduced citing the Free Senior High School as a major programme. He however advised the President to consider making funds available adding that the much touted Ghana Beyond Aid programme has virtually failed to materialize looking at the amount of debts hovering on our nerves as a country.

Is Ghana safe for settlement? – Ghanaian’s in diaspora quizzes