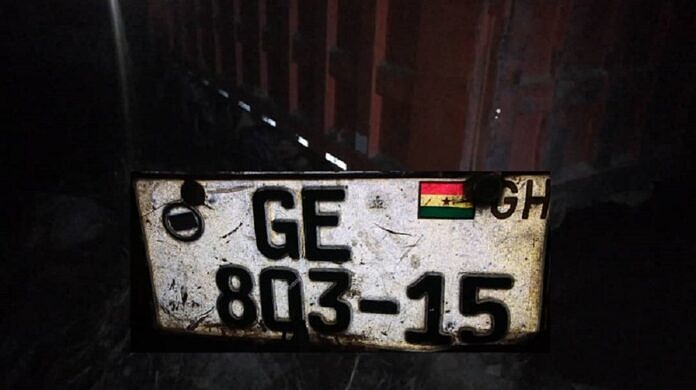 A five-year-old boy George Annor has been killed by a speeding Tipper Truck at Kantinkyiren in the Atwima Kwanwoma District of the Ashanti Region that left two others in critical condition.

The 30-year-old mother of the deceased Patricia Oforiwaa and her one-year-old baby is battle for their lives after they were knocked down by heavy-duty vehicle loaded with sand. The vehicle’s registration number is GE 803- 15.

The unfortunate incident which occurred around 7 pm on Thursday, August 6, 2020 has thrown residents in the community into a state of mourning.

An eyewitness Osei Kapito who narrates the incident to Pure FM’s Osei Kwadwo said, the woman was crossing the road with her two kids.

According to him, the truck driver couldn’t control the speed when he saw the woman and her kids crossing the road.

“The 5-year-old baby Annor George died on the spot when they were knocked down by the Tipper Truck. The mother and her-one-year old baby are in critical condition,” he said.

The two survivors are currently receiving treatment at Royal Lewuze Hospital at Sabin-Akrofrom while the deceased has been deposited at Komfo Anokye Teaching Hospital (KATH) morgue by the police officers who came to the scene.

An Online Conference That Assures The Youth To “Sleep With Happiness And Wake Up In Hope”.