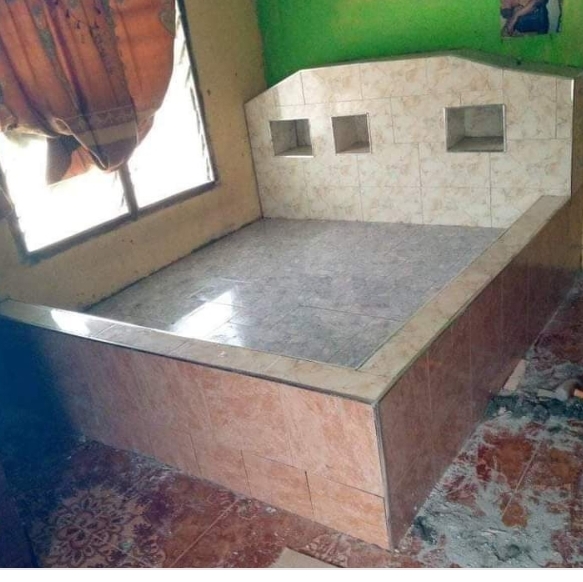 Many people are faced with a problem of having a sound and lovely intercourse just for the mere reason that they do fear that the bed they sleep on is going to let them down, leaving them with debt at the end of the pleasure. Unluckily for some people, the bed breaks during intercourse thereby quenching the raging mood of both parties.

Aside this it’s not  breaking, some people do not like outsiders to see what they are really doing in the room. I am sure those of you who play the bedroom game can testify to the fact that sometimes, the bed exposes you by making unnecessary noise. This noise makes people aware of what is ongoing in the room which I think isn’t cool since it exposes ones privacy.

For this reason, a certain mason has decided to take the job out of the hands of carpenters. He has decided to create a bed which will avoid the obstacles of making noise or even breaking during intercourse. His idea is very cool since it would be effective as compared to the wood but people have a whole different set of ideas with regards to his creation.