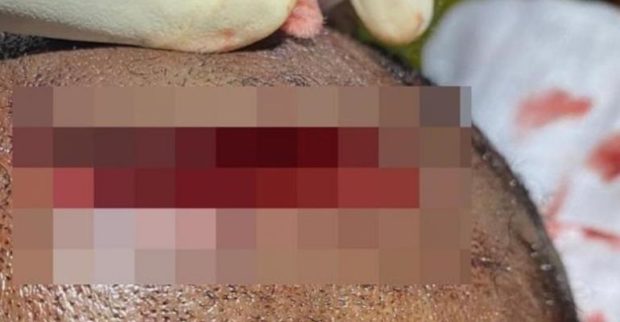 Two persons have sustained deep cutlass wounds in a long standing chieftaincy dispute at Dompim in the Tarkwa-Nsuaem Municipality of the Western Region.

The injured are responding to treatment at the Apinto Government hospital.

Information gathered by the Ghana News Agency (GNA) indicated that on Saturday around 1740 hours, some supporters of the Divisional chief of Dompim-Pepesa, Nana Nyonwah Panyin IV and the destooled chief of the area, Ohyeawura Bian Nyonwah Panyin IV clashed after the final funeral rites of Okyeame Marfo, chief linguist of Wassa Faise Traditional Council at Dompim.

According to the source, an information centre operator who was stationed few metres from the funeral ground was singing the appellations of the destooled chief when Nana Nyonwah Panyin IV and his entourage were proceeding to the burial ground.

The followers of the Divisional chief became infuriated and decided to attack the said information centre after the funeral.

The source said while the two were having a heated argument, Issaka attempted to slash Amoh with the cutlass, but he got hold of it and inflicted multiple wounds on his head.

Another woman sustained injuries, but information on how she was wounded is yet to be established.

Amoh has since been arrested and is currently in police custody.