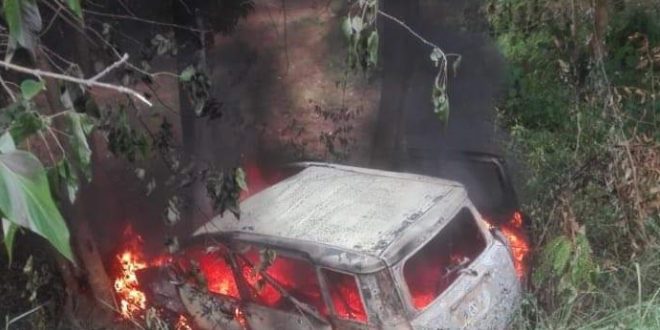 Two people have died while six others have been seriously injured in Nkhata Bay after the motor vehicle they were traveling in got involved in a road accident at Msomba area in the district on Friday.

According to James the deceased have been identified as Boy Nyirenda aged 22 and Miriam Nkhata aged 11 both from Chisindizi Village T/A Timbiri in Nkhata Bay District.

It is reported that on February 26, 2021 the driver Smith Million was driving a motor vehicle registration number BW 8960 Toyota Sienta from Nkhata Bay to Chintheche along Nkhata Bay – Nkhotakota M5 road with eight passengers on board.

As he was approaching Msomba area the driver wanted to overtake another motor vehicle.

Unfortunately due to speeding, he failed to control his vehicle back to the normal lane such that it went off the road and eventually hit a gmelina tree.

Two passengers died on the spot and six others sustained various forms of injuries.

All the victims including the driver who got his left lower leg fractured were immediately taken to Nkhata Bay District Hospital where they are currently receiving treatment.

The motor vehicle immediately burst into flames soon after the victims were evacuated to safety.