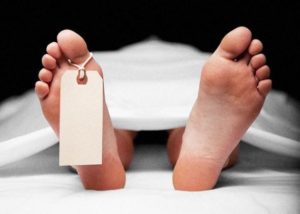 A routine night patrol by a local task force policing the Ejura Market turned bloody after a suspected thief crossed swords with members of the team.

The incident occurred Saturday dawn when the intruder who was spotted by the team attempted to resist arrest, a witness told Dailymailgh.com.

The attacker reportedly inflicted cutlass wounds on a member of the taskforce killing him instantly during a scuffle.

The latter also died on the spot after sustaining knife wounds when the former [the taskforce] launched a retaliatory attack upon sensing danger.

“Yes it is true, the deceased is called Hakim Seidu also known as Azumah. He is about 27 years old. He is part of the local neighbourhood watchdog committee at Ejura. But the suspected thief also died on the spot”, another witness who wants to remain anonymous told Dailymailgh.com.

One person who is a member of the team is receiving treatment at the Ejura Government Hospital after sustaining severe wounds in the head.

Bodies of the deceased had been conveyed to the same hospital morgue for preservation.

Attempts to reach the police yielded little results although security had been beefed up at the market pointing to a planned reprisal attack.