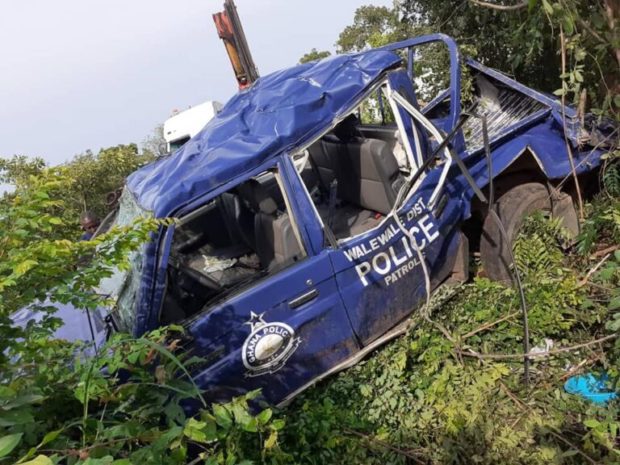 Two Police officers have died in two separate fatal accidents in Akyem Oda in the Eastern Region and Walewale in the North East Region.

Thirty-year-old Lcp Joseph Yankey of the Oda District Police Command died after he crashed a motorbike into a stationery Tipper Truck at the roadside.

The other Police officer Ernest Oteng died when a Police vehicle he was driving crashed at the roadside.

Both bodies have been deposited at the morgue.

He said investigation is ongoing.

15 persons in critical conditions after accident at Konongo-Odumase