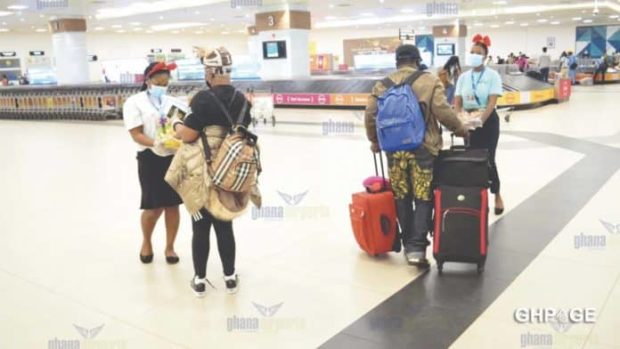 In the African setting, most people tend to hide their plans of travelling outside the country fearing that people might use juju to bring them down or possibly destroy their documents to prevent them from travelling out of the country.

According to the netizen, the two roommates looked shocked after they spotted each other going through the process to travel out to Brazil to hustle.

He explained that on the d-day one of them told the other in the morning that he was going to see a family member at Kasoa whiles the other friend also said he would also be going to town later in the day.

Little did each of them know the other was planning to travel out of the country with making it official.

“Two guys livening in the same room all made secret individual plans to travel to Brazil without telling the other. Though they lived under the same roof. On the day of their departure, one woke up in the morning and said he was visiting a relative at Kasoa. The other also said he will also be stepping out later in the day. Only for them to bump into each other at the airport looking surprised.

I have been laughing over this like 1000times..Herh! Fear human being”