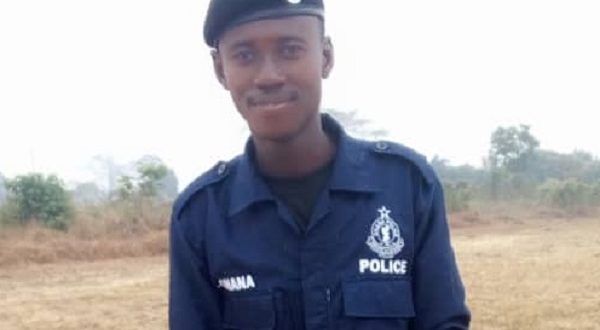 Two vehicles run over policeman at Techiman; drivers on the run

Two speeding vehicles have run over a policeman killing him on the spot at Techiman in the Bonon East Region, MyNewsGh.com has confirmed.

Constable Francis Oddoi of the Bono East Regional Headquarters obtained permission to go to techiman to buy food with his motorbike.

Whilst on his way riding a Honda motorbike with registration number M-12-GR 9552, a red private car which was closely following him run into the motorbike at Amanfrom opposite Excel filling station and sped off.

Police investigators reveal to MyNewsGh.com that the constable fell from the motorbike and a fuel tanker with registration number GM 2652-13 which was coming from the opposite direction could not save the situation as it run over his head and also sped off

The policeman was rushed to Holy Family Hospital for treatment but was pronounced dead shortly on arrival.

His body has since been deposited at same hospital morgue awaiting autopsy while efforts are underway to arrest the hit and run drivers.