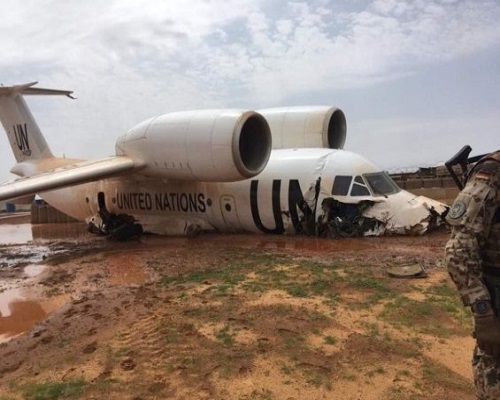 Eleven people, including United Nations employees, sustained injuries after a UN aircraft made a hard landing at an airport in Mali’s eastern city of Gao, the UN Mission in Mali (Minusma) said.

It suffered extensive damage during the incident, the mission said in a statement.

An investigation will be carried out to determine the cause of the accident, it said.

Jacdec, which monitors aviation safety, tweeted photos of the plane: