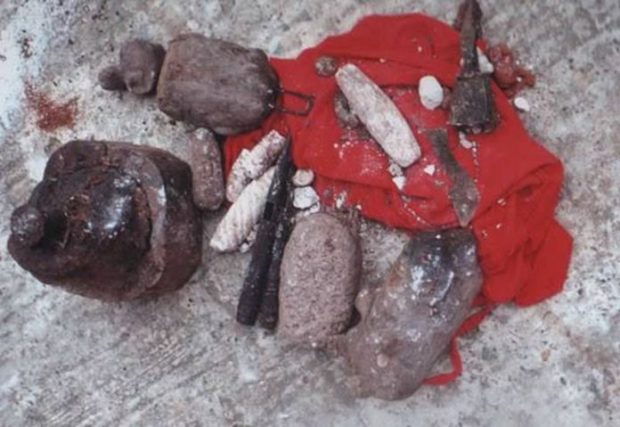 PUNCH Metro gathered that Oluwanifemi, an undergraduate studying Computer Science in the institution, suddenly sent disturbing messages to his elder sister, Stella, on WhatsApp that some suspected cultists wanted him dead.

The 21-year-old was said to have cautioned Stella against disclosing the information to their parents.

It was learnt that Oluwanifemi, who finished his examination on Friday, August 13, 2021, requested some money from his father to visit his mother in Ibadan.

The aggrieved father told our correspondent that that was the last time he heard from his son, adding that Oluwanifemi never acknowledged receiving the money.

Oni said: “He requested money for transportation on Monday, August 16, 2021, and I sent N5,000 to him. But I did not see any debit alert since it’s my ATM card he is using. I became worried and called a staff member of the school to check on him and the worker told me the boy had left for Ibadan to see his mum.

“But I discovered that he never arrived in Ibadan or signed out of the school. We are of the opinion that he was abducted by the cultists he told his sister about. He said the cultists wanted him dead and we saw the messages he sent to her on WhatsApp before his disappearance.

“The school has just been trying to put itself in a clean shape despite being 100 per cent culpable about my son’s disappearance. The reason my child did not go to a state university was because of cultism. I took him to Caleb University after accessing that CCTV was installed everywhere. But I am surprised that after my son went missing, they refused to give us access to the CCTV footage.”

The 51-year-old explained that he advised the school authorities to paste Oluwanifemi’s pictures around the school premises, but they refused.

He added: “The school said they found my son’s box with another student, one Nathaniel. The police invited Nathaniel on four occasions, but he declined the invitations. I told them to use their influence to get him to honour the invitation, but they did nothing.

“My son has been missing for a month; how will he sneak out without carrying his ATM card, phone, money and box found with Nathaniel? What will he use in feeding when he gets out? Nathaniel is claiming that the school is framing him; when the school was asked to bring security guards on duty when my son went missing to write a statement at the station, it brought guards that were not on duty on the day of the incident.”

PUNCH Metro gathered that the case had been transferred to the State Criminal Investigation and Intelligence Department, Yaba, for further investigation.

Otobo, when contacted, declined comment, but promised to call back our reporter.

During a follow-up call initiated by our correspondent, the varsity spokesman demanded he visits the school for a reaction.

The state Commissioner of Police, Hakeem Odumosu, said Caleb University had been frustrating investigation into the case.

He said: “To the best of my knowledge, only the parents have reported to the police, but the school authorities have not written any official complaint to the police, stating the circumstances and the preliminary investigation it conducted so the police can take it up from there.

“If that happens, we will have access to the university to ask questions. The school is the one frustrating our investigation because he got missing on the school premises. We have started an investigation, but we have yet to conclude as we have not been granted access to the scene of crime.”