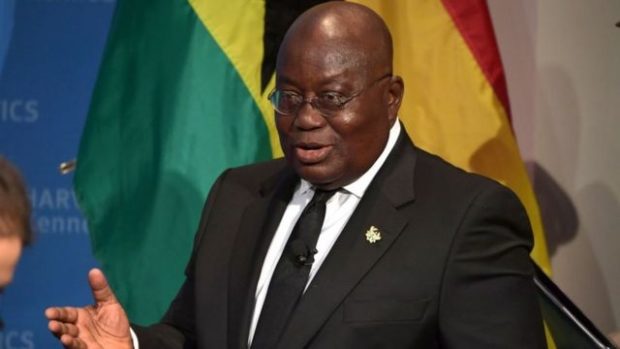 President Akufo-Addo has extended a congratulatory message to Joe Biden following his victory in the US Presidential elections.

According to BBC’s projections, Mr Biden has won he has reached 273 electoral college votes, meaning that he’ll become the president in January, pending the outcome of any legal challenges.

The US election has seen the highest turnout since 1900.

Mr Biden has won more than 73 million votes so far, a feat no US presidential candidate has ever chalked

Mr Biden becomes the President-elect and the 46th Potus.

The Vice President, Kamala Harris become the first-ever female to occupy the position.

The sitting president Donald Trump becomes the first one-term president since the 1990s.

In a statement, President Akufo-Addo said: “On behalf of the Government and people of Ghana, I extend my warmest congratulations to the President-Elect of the United States of America, Vice President Joseph Robinette Biden Jr, on his decisive victory in the elections of 3rd November 2020. I also congratulate Senator Kamala Harris on becoming the first woman Vice President-Elect of the United States.

“It is my sincere hope that President-Elect Biden’s tenureof office will be marked by the delivery of unity, security, progress and prosperity to all Americans.

“I am hopeful that, over the course of his presidency, relations between Ghana and the United States of America will continue to grow from strength to strength, relations which have, over the years, been based on a shared agenda of freedom, development, progress and prosperity. Warm congratulations, once again, to President-Elect Joe Biden, Vice President-Elect Kamala Harris, and the people of the United States of America”.