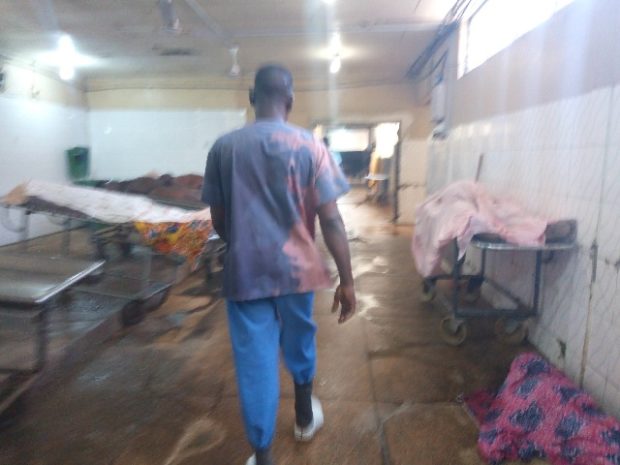 A viral video on social media has captured an awkward moment a ‘corpse’ scared the life out of a mortuary man.

It was believed to be his first day and perhaps he was expected to be taken through some traditions of the job.

To teach him a lesson, his colleagues planned to pull a prank on him with one of them agreeing to sleep in the casket.

After he was brought to the mortuary, he was asked to open the casket.

Before he could look into it, the supposed dead man woke up, forcing the man to take to his heels.

His colleagues burst into laughter without checking where he fled to.

Why did these men shoot a naked woman dead?