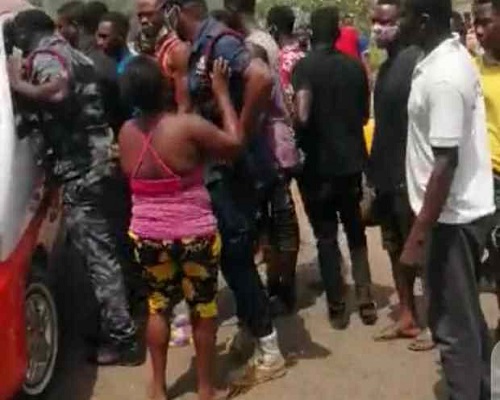 There was chaos at Nkurakan in the Yilo Krobo Municipality of the Eastern Region Tuesday afternoon after Police blocked a burial procession over COVID-19.

Dozens of mourners mostly Okada riders were in procession to Nkurakan cemetery to bury their colleague Okada rider who died a week into starting Okada operation.

However, upon reaching the Police checkpoint, they were blocked by armed Police personnel who contended that the number of mourners were above the 25 number threshold permitted under an executive order issued as part of measures to curb the spread of Covid-19 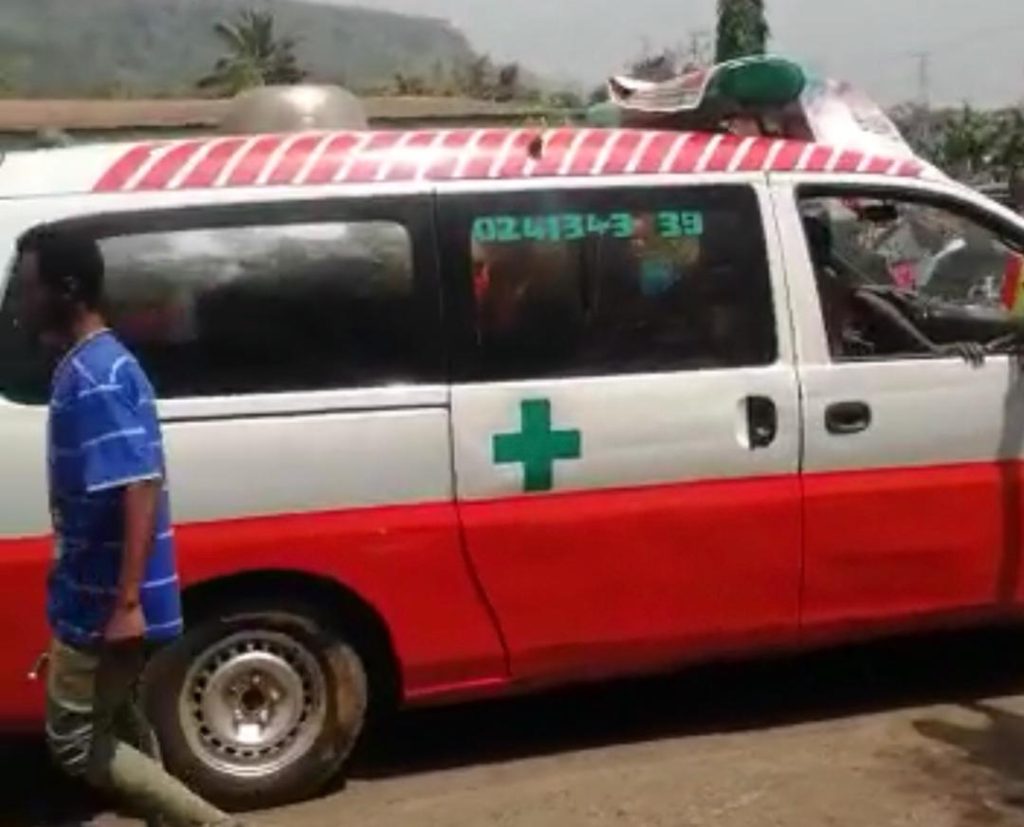 Aside that, many of the mourners were not in nose masks and did not adhere to social distancing protocol.

This created chaotic scenes and gridlock on the Nkurakan to Koforidua road for many minutes.

The hearse driver run out of patient and attempted to dump the corpse at the Police checkpoint stating that he had other appointment .

Upon further negotiation by the leaders of the mourners, police allowed their passage with caution to adhere to the Covid-19 preventive protocol and President Akufo Addo’s directive on private burial.

The second wave of Ghana’s Covid-19 is ravaging. Ten more Ghanaians succumbed to the virus taking the country’s death toll to 482 from 472, the latest figures by the Ghana Health Service revealed on February 8, 2021. 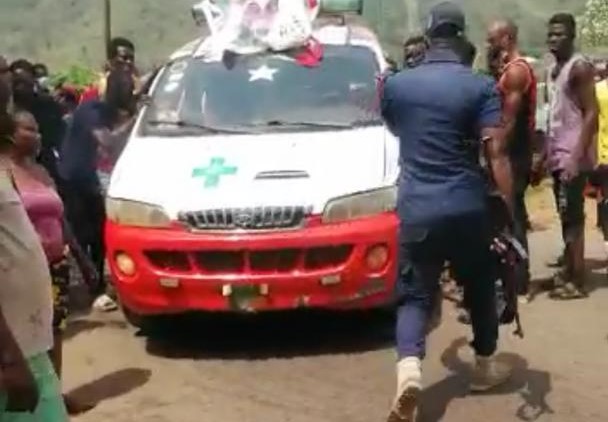 A total of after 675 new cases were also recorded.

The current active cases stand at 6,938 with a total of 73,003 confirmed cases recorded nationwide.

However, 65,583 people have recovered from the disease and have been discharged from treatment centres.

President of Ghana, Akufo-Addo announced on January 31,2021 the re-imposition of a raft of restrictions to help curb the rising COVID-19 infections in the country.

In his televised speech, Akufo-Addo said that funerals, weddings, concerts, theatrical performances, and parties are banned, but “private burials with no more than 25 persons in attendance can be held. Beaches, night clubs, cinemas, and pubs would also remain shut.”

“Our hospitals have become full, and we have had to reactivate our isolation centers. Our average daily rate of infection now stands at 700, compared with 200 two weeks ago,” the president said.

“Our current situation could get dire if efforts are not made, both on the part of the government and by the citizenry, to help contain the virus,” he added.