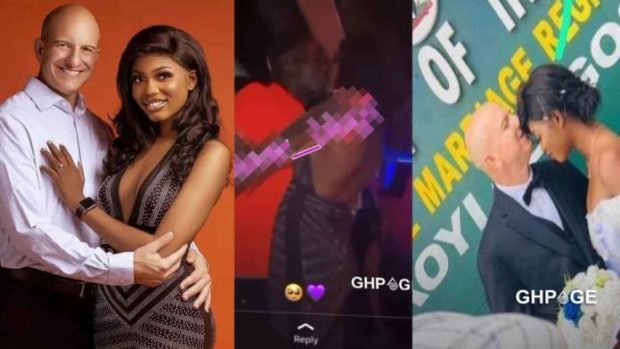 This is the case of one Sakawa Guy who has been met with the shock of his life after his girlfriend played a fast one on him.

A Sakawa guy told his girlfriend -one he trusted- to chat with his client (a foreigner) for him.

She (girlfriend) was to take charge of all the voice calls while he (Sakawa boy) does the chatting with the foreign client.

As it’s known, for these Sakawa boys (fraudsters) to win a client online, they need to use a lady as bait.

Thus, use the voice, image, or video of any lady to entice their male clients into sending them the desired money into their accounts.

Following the pattern, the Sakawa guy used his girlfriend to do the ‘magic’ after that they spend the money he’ll get from the client together.

As the guy was expectant of a positive outcome, little did he know his girlfriend had fallen for the client. The lady had her plans.

Surprisingly, the man who was supposed to be defrauded by the Sakawa boy using the lover as a trap has ended up marrying her.

According to reports, they got married today at Ikoyi court in Nigeria.

Fear women and save your life.

VIDEO: Robbers seek for cover from Osu KFC after community chase them with weapons