Home / GENERAL NEWS / VIDEO: How a pastor prevented a scorned ex-girlfriend from disrupting a soldier’s wedding 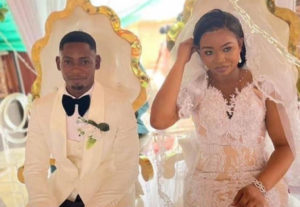 VIDEO: How a pastor prevented a scorned ex-girlfriend from disrupting a soldier’s wedding

A Head Pastor of the St. John’s Baptist Church in Obuasi is reported to have spewed nuggets of wisdom to Comfort Bliss, the enraged ex-girlfriend of Richard Agu who had threatened to spark pandemonium at the ex-lover’s wedding – a development which some say doused the fury of the lady as she eventually did not show up for the protest.

Comfort Bliss who claims Richard Agu squandered about GH¢30,000 of her savings in addition to a GH¢8,000 loan somewhat directed the public’s attention to Obuasi as she served indication of a showdown. As many were highly expectant, the hashtag #Obuasi topped Twitter trends from Friday evening and maintained its position on the day of the wedding.

The narrative however took a twist. Peace FM’s correspondent Aduanaba Kofi Boama reports that, “One of the Elders of the church told us the Head Pastor had on the previous day spoken to the jilted lady and begged her to not cause a commotion. The pastor promised to sit them down after the ceremony. I can’t tell if that was the reason Comfort did not show up at the wedding.”

Comfort Bliss in a long write-up to Abena Manokekame, a popular relationship page on Facebook, claimed that she had invested loads of money to see her ex-boyfriend through the military school only for him to ditch her after graduating and later surface with the intention of getting married to another lady.

According to Bliss, Agu only gave her GH¢500 cedis after passing out successfully and earning a job in the military. She also claimed that she resent the money to Agu via mobile money.

Although Richard Agu has denied most of the allegations leveled against him, Comfort Bliss vowed to storm the wedding event with evidence to demand all the money she invested in her ex-boyfriend. 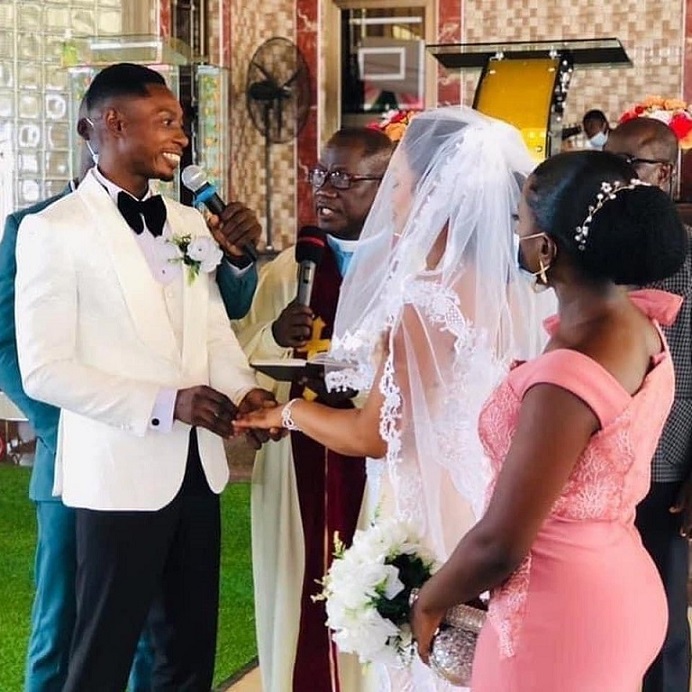 Some military personnel, according to the journalist, stormed the premises and dictated to some journalists present. Among others, they vowed to deal with persons who would attempt to capture the ceremony on camera.

“The soldiers prevented journalists from taking footages, some of us were ordered to leave the auditorium,” he said. “The bride came in 30 minutes after the groom had. Both were being heavily guarded by military personnel. They started the wedding. Along the line, we heard the pastor announce that the wedding is not illegal. He wondered why the military was being too strict and preventing people from filming.”

“Regardless, the soldiers denied us access, neither would they allow us to film. Whoever attempted to film, they threatened to beat the fellow. There was a heavy military presence.”