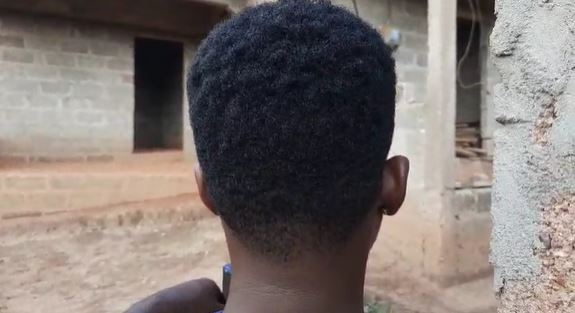 The mother of a victim of incest in the Central region, Mavis Ayitey has renewed calls for justice for her underaged daughter who was impregnated by her father.

The victim’s mother Mavis Ayitey said police at Agona Swedru are failing to act on the issue after the suspect[Kwesi Dawood], an NDC official was granted bail.

The victim herself has confirmed the incest allegations made against her father in a current interview with EIB Correspondent, Yaw Boagyan.

The troubled mother wants swift justice for her daughter calling on the Inspector General of Police,(IGP) COP George Akuffo Dampare to intervene in the matter.

I didn’t impregnate my daughter

The suspended Communications Officer of the NDC in the Central region, Kwesi Dawood has denied media reports alleging that he impregnated his biological daughter and forced her to abort it.

The said report was carried out by the Daily Guide newspaper on 11th October 2021.

Reacting to the development, the main opposition NDC official said: “I wish to state unequivocally that the said publication is a false and malicious fabrication.”

Meanwhile, he asked the general public to disregard the publication in its entirety as he begins the process to prove his innocence through the justice system and “pursue a defamation action against the Daily Guide newspaper.”

Ghanaians in New York, California hit the street to protest against the anti-LGBTQ+ bill