Home / GENERAL NEWS / [VIDEO]: ‘Powerful’ trees in Ghana and the strange stories behind their existence 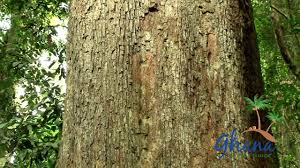 [VIDEO]: ‘Powerful’ trees in Ghana and the strange stories behind their existence

There’s one thing however that some trees in Ghana have come to be associated with; the supernatural.

Trees grow and die every time but some trees have lived for hundreds of years in Ghana and have been identified by indigenes as objects of worship and in some cases, deities.

They have unique stories around them that have travelled through time and have been told by chiefs and people in the communities they are found in.

These four trees have made name in Ghana with interesting stories about their human, medicinal and spiritual sides:

This tree is located in Oda in the Eastern Region of Ghana, specifically in the Esen Apam Forest Reserve. It earned its name from its rather unusually big size and is said to be the biggest in West Africa. The tree is of the Bako species which is biologically and economically endangered with threats of extinction in the wild.

Lots of myths surround the existence of this tree, including the fact that it may be a deity. It is believed that the tree was first discovered by a hunter named Yaw Andoh from Akim Asanteman years ago. Oral history also has it that, since its discovery, attempts by traditionalists and indigenes to cut down the tree have failed.

In fact, it is suggested that some persons who tried to cut it down or uproot it fell sick and mysteriously died shortly after.

One story says that in 1996, a chain saw operator by name Antieh succeeded in cutting down the tree but in 3 days, the tree was back to its original position. He died shortly after.

Today, the tree serves as a tourist site, and a sacred object of worship for the people of Akim Asanteman. Natives of the town pay homage to their ancestors and the spirit of the tree during their annual festival.

The tree also is believed to have medicinal properties which help heal people with various ailments after some rites are performed. Many people carry gifts and sacrifices and leave at the roots of the tree with the belief their various needs will be met.

This is a large tree situated in the heart of Akropong and is very significant to the people of Akuapem. It is 300 years old and has been described as a ‘human tree’ by indigenes of the land.

They clothe the tree which they deem as a demi-god with a white cloth at its lower side. The tree has been named; Mpeni Kofi and has guarded and protected the people of Akuapem for centuries.

Late Acting Krontihene of Akuapem, Nana Addo Kwataa explained to GhanaWeb’s People & Places team that the tree has a human side.

He explained that the tree was discovered at its current place by their ancestors after it guided them home from war. It has since become a sacred object of worship for indigenes of the town.

The tree is fed and libation is poured by people who worship and visit it with their requests.

Like the others, this tree got its name from its weird-looking shape. The tree has a trunk that does not grow in a straight form like other trees. It is coiled, and looks like a snake; a coiled cobra to be specific. It is a palm tree and is located in a village called Obomofodensu in the Eastern region.

The tree which has come to be known as a big tourist site in the town has a unique story. According to some indigenes, the tree used to stand like any normal palm tree and was cut some years ago for palm wine purposes.

After this though, it didn’t die, it rather began sprouting again. After some time, the stem fell and then and laid flat but the branches were still growing up in the normal way.

According to them, it grows up until about 14 feet high and then falls, then it coils and a new stem starts growing.

The snake tree which is about 60 years old now had one Nene Kwanwa tapping the first palm wine from it and the owner of the land on which it currently is was also called Nfesuta.

The tree is now 78ft long though coiled.

Korase, a farming community in the Jaman North District of the Bono Region has a mango tree which is regarded as the oldest mango tree in the region.

Data from the Ghana Statistical Service (GSS) indicates that it is also the biggest mango tree in the Bono Region.

Residents in the community claim that the record even transcends the country to the whole of West Africa.

Oral history in the community has it that the age-old mango tree which was planted over two hundred years ago is the mother of all mango trees in Ghana as all mango trees originated from the Korase mango tree.

Having survived over two centuries, the mango tree is still showing no sign of withering as it continues to blossom and bears fruits that are enjoyed by residents in the community.

A local historian, Opanin Yaw Badu who told the history behind the mango tree with the pouring of libation told GhanaWeb that the tree was planted in the community by some settlers from Techiman after they discovered the fruits from an unknown place.

Opanin Yaw Badu disclosed that even though the people were initially sceptical of the fruits, they planted the seeds after one of them consumed the mango and survived.