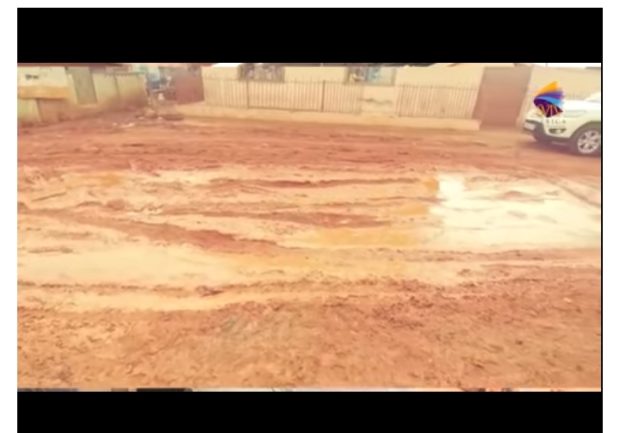 Residents of Tema Community 1 site 12 have cried out to their former MP, Titus Glover, for abandoning the road linking site 12 and site 21.

Speaking to some residents, they disclosed that the former MP began work on the road and came back for the machines after residents complained about its quality.

“How can you use clay to construct an asphalt road. When you talk about it, they will say contractor on site but they are not here. If you bring the machines here and later take it back without completing it, you would have to bring it back, isn’t that double cost,” a resident quizzed.

Others lamented the deplorable state of the road adding that they are unable to dry their clothes because they turn out dirtier than before.

Speaking to the assemblyman for Padmore electoral area, Hamza, he told DJ Nyaami of SVTV Africa that the road has not been constructed because there was an emergency that delayed the completion.

“Honorable Titus Glover started working on the road but there was an emergency at Pokuase so the machines had to be taken there, that’s why. I want to tell my people that it has not been abandoned,” Hamza explained.

He concluded that the residents of sites 12 and 21 should be patient as the roads will soon be fixed.