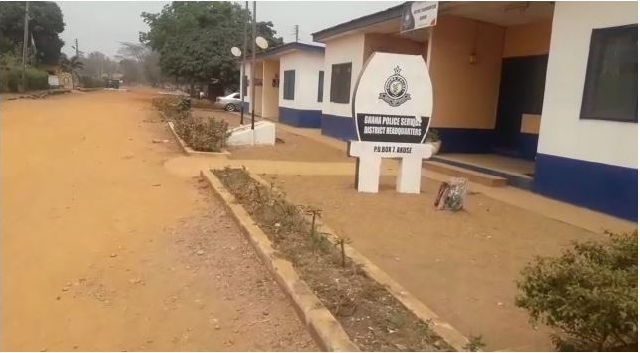 The building housing the Akuse Police station is in a state of dilapidation and needs urgent attention to avoid a collapse.

The walls of the two-storey building is full of cracks in a video filmed by a concerned citizen.

The CID office had several structural cracks which are opening up.
https://web.facebook.com/Classfm913/videos/185783152631116/
The ceiling of the police station was also seen being separated from the wall while the leg of the window was rotten.

The building, therefore, needs urgent attention to avoid collapse, and also, to ensure the safety of the men in uniform stationed at the station.

Related Topics:POLICE STATION
Up Next

Even if you boil water put it on social media, it could be your breakthrough- Moesha advises girls