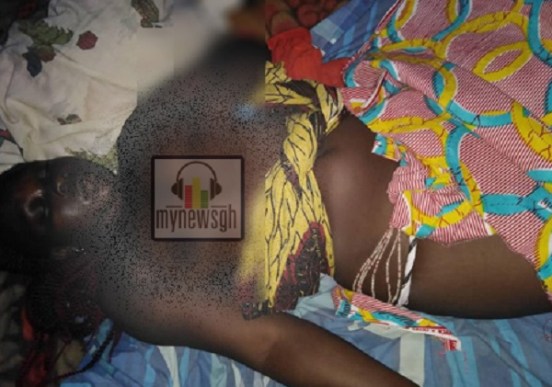 A 25-year-old girl who is said to have engaged in a marathon sex with the boyfriend has  been found dead in her man’s house at New Kabenlasuazo near Half Assini in the Jomoro Municipality of Western Region.

According to police account, some persons reported that during the night of February 13, 2020 their niece Yvonne Kaku aged 25 visited her boyfriend one Stephen Ewuoneha aged 30 at New Kabenlasuazo and died immediately after having sex with her boyfriend.

Speaking to MyNewsGh.com, the Half Assini District Police Commander, Superintendent of Police Cyprian Macarty Zenge said the police immediately proceeded to the scene and found the lifeless body of Yvonne Kaku lying in supine of cloth.

“The body during inspection was found foaming from the mouth and nostrils but there were no marks of violence to suggest foul play”,  the police account.

Superintendent Cyprian Macarty Zenge said the body was photographed, removed and deposited at Half Assini Government Hospital morgue for postmortem.

He disclosed that the prime suspect, Stephen Ewuoneha is currently with the police for investigation.

He, therefore, assured the general public that immediately after the autopsy, the police would take the next action.The incident sparked fear among residents of Jomoro with sections suspecting it could be ritual related.

7 dead, 51 others in critical condition in Kete Krachi accident