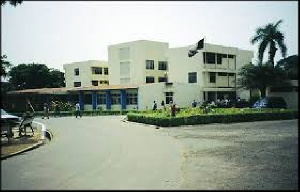 Two out of five police officers who were involved in an accident on Thursday, October 21 on the Walewale-Bolga road after they were sent on a special assignment have been airlifted to Accra by the Police administration.

Bodies of the two officers who died as a result of the accident have also been airlifted to the police hospital in Accra for preservation.

One of the survivors has since been treated and discharged by medical officials at the Tamale Teaching Hospital.

The Inspector-General of Police Dr. George Akuffo Dampare together with high ranking officials from the police headquarters earlier today Friday, October 22 visited the victims at the Tamale Teaching Hospital.

He said the demise of the two officers is a blow to the police administration.