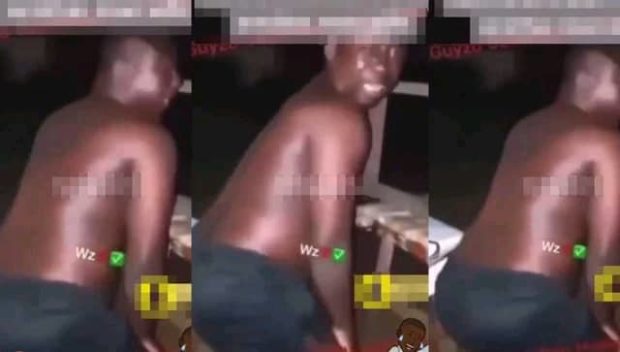 A cheating husband got the punishment of his life when he was asked to twerk in front of his captors after he was caught bonking another man’s wife.

In the sad but hilarious video sighted on the internet, the man believed to be in his 50s was made to twerk while he sings Rihana’s ‘Work’ song.

While he was reluctant at fiest, he had no other option than to comply with the demands of his captors in order to save his own life.