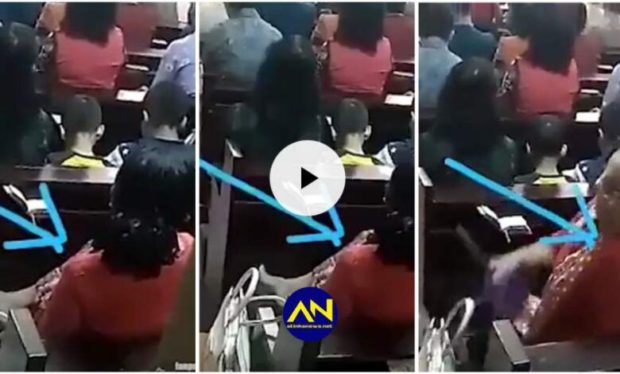 The world is indeed coming to an end as people have started doing all that were said to come to pass including gayism and lesbainism.

A lot of people now engage in all forms of activities without thinking about them whether it’s right or wrong and a video making rounds on social media have revealed a woman who was soo bold to steal from the offertory bowl that was been passed around during service.

The video capturing the moment a shameless woman stole offering during a church service has shocked many.

In the video, the lady is seen receiving the offering bag and then pretends to put in her offering only to remove money from the bag before passing it on.

The lady then acts like nothing had happened as she continued to sing.

Netizens cannot fathom how someone can decide to steal in the church – during service no less.