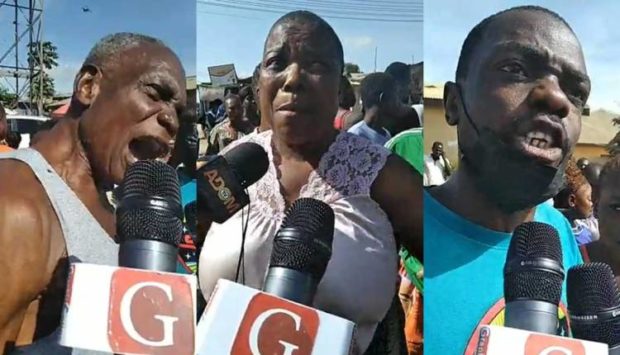 The demolishing exercise which is supposed to begin today  September 30, 2021, has been confirmed by the Gomoa East District Chief Executive, Mr. Solomon Darko-Quarm.

People in the community who spoke to reporters revealed that unless good measures are put in place to find a suitable place for them, they will not move an inch from the land and they would fight should incase the police and military come around.

Another Liberian woman who has lived in Ghana for some time revealed that she is now having children who are Ghanaians so the government should have mercy on them as they have nowhere to go.