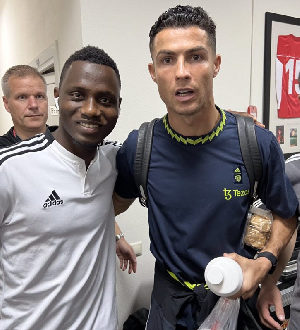 The Ghanaian played in the 2-0 victory for Manchester United, with Ronaldo scoring his first goal of the season from a penalty.

After the game, the Ghanaian midfielder approached Ronaldo and politely asked for a photo. The Portugal star availed himself to make Mudasiru happy.