Connect with us
The Ghana Health Service (GHS) in its latest update has announced that a total of 1,982 active cases have been recorded in thirteen regions as of July 6.

Out of 97,130 confirmed cases, 94,349 patients have recovered and have been discharged from various health facilities.

The three regions that have not recorded active cases are the Savannah, Upper East and Upper West regions.

Ghana is currently working on procuring vaccines to inoculate a significant portion of the citizenry, according to government as many as 20 million people.

Experts have expressed worry around what they say is a general lax in enforcement of virus prevention protocols such as the wearing of masks and social distancing.

On the vaccine front, whiles the procurement has been mirred in controversy especially relating to use of middlemen for Rissian Sputnik V jabs, some people remain hesitant in accepting the jabs. 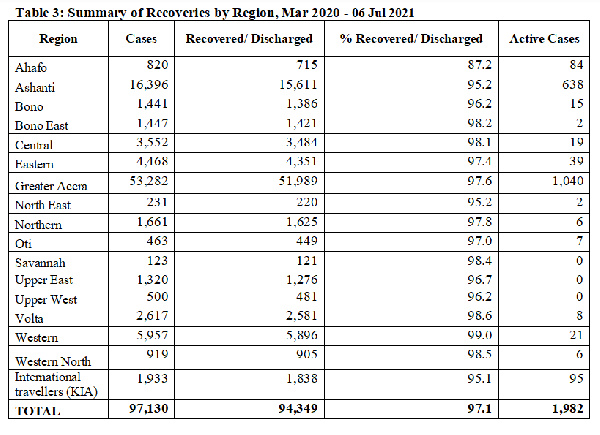 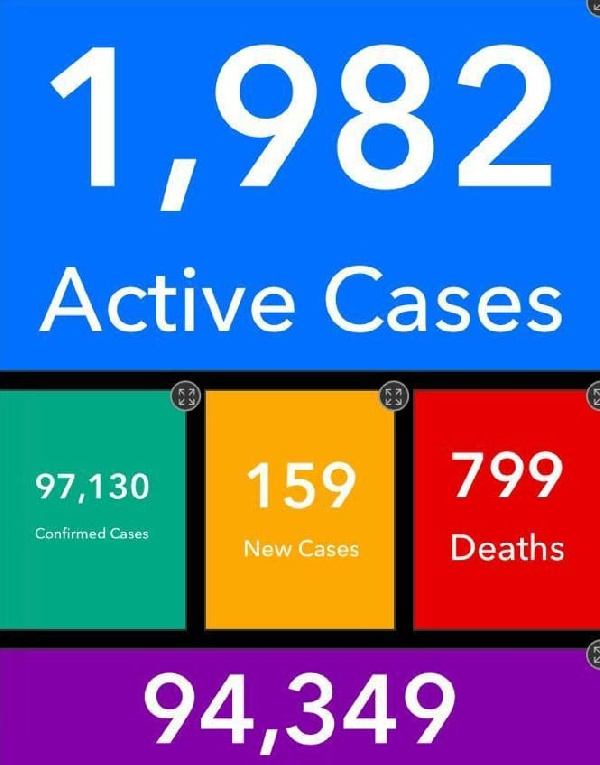 Source: 3news.com
Related Topics:CASESCORONAVIRUSGHANARISE
Up Next