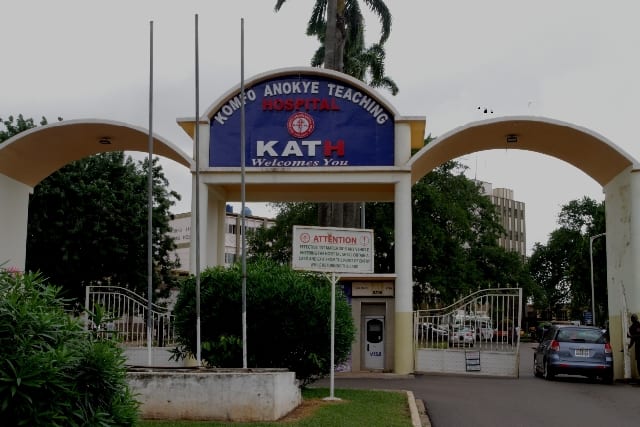 The Out-patient Department of the Komfo Anokye Teaching Hospital (KATH) in Kumasi, continues to remain empty five days into the strike action by members of the Health Services Workers Union (HSWU).

The nationwide strike action, which was declared on Tuesday, October 26, this year is in protest of an alleged unfair treatment by the government towards members of the Union.

When the Ghana News Agency (GNA) visited the facility, on Saturday, October 30, almost all the OPDs in the various directorates and departments were empty.

Few patients, who were probably not aware of the strike action were spotted leaving the premises disappointed.

Nana Akwasi Dwomoh, a patient registering his displeasure on the incident told the GNA that if the action continued for a long time, most people would lose their lives, adding that health care was a basic necessity for all.

He indicated that he had already overheard some radio stations deliberating on the strike issue, but he did not know it had taken such a serious turn.

“ I am here for my regular check-up, only for me to be told the strike was still in progress, I heard of the news on radio but I did not know it was in full swing, I feel so disappointed now”, he explained.

Madam Theresa Serwah, another client who was seen around the facility with complaints of mild headache said she was not aware of the strike action.

She had only come there to meet an empty OPD, she told the GNA.

Mr. Douglas Kusi, KATH branch Chairman of the Health Services Workers Union, when contacted said currently, all the emergency units and the mortuary units at the facility were working.

He said doctors, nurses, and pharmacists were also working.

Mr Kusi explained that it was only the various units under the OPD that were not operating at the moment.

“They only nebulize patients in distress conditions and refer all emergency cases to the emergency units”, he told the GNA.

Mr. Kusi noted that if the government gave them firm assurance of meeting their demands soon, members would resume working.

He assured the public that the management of KATH was doing its best to manage patients with emergency cases.

Mr Kwame Frimpong, Public Relations Officer of KATH said management had put in strategies to mitigate the effects of the strike action on the operations of the facility.

He said emergency services were still going on while efforts were being made to get the workers back to work.

Source: GNA
Related Topics:HEALTHKATH
Up Next