Recounting his experience, Baba said that he went for a review on Monday, July 5, 2021, after having undergone surgery in May, and was required to go for an X-ray to determine the progress of his treatment or otherwise.

According to him, he met one Sulemana Alhassan and another colleague whose name was only given as Ibrahim at the X-ray department. These two he alleged, told him he was expected to pay ₵50.00 for the service after having undertaken the test.

They however suggested he paid a GH₵40.00 amount instead of the ₵50.00 amount initially charged – to enjoy a discount of GH₵10.

The patient, at this point, decided to ask if he could get an official receipt to reflect the payment of the GH₵40 they were asking that he paid.

Ibrahim one of the two staff said it was not possible to get one since he did not make the full payment having enjoyed the discount of GH₵10.00 already.

Having suspected something ‘fishy’ at this point, Baba (the patient) said he left the X-ray department only to return to request to make the full payment so he could obtain the official receipt for the test, telling them he needed the document for his records.

“So after leaving there (the X-ray department) I went back to tell them I wanted to pay the additional GH₵10.00 so I can get the receipt for my records. As a responsible citizen, I was determined not to let them cheat the hospital and the government.

“Knowing very well they couldn’t get me an official receipt, they asked me to bring back the GH₵60.00 change they gave me and have my ₵100.00 note which I initially used for the payment. But I told them I had spent part of it and could only send it through mobile money for which they agreed,” he said.

According to him, he subsequently transferred a cash amount of GH₵61.00 to the mobile money account of Sulemana Alhassan, after which his GH₵ 100.00 was given back to him. The evidence of this electronic transaction was sighted by the Upper West Regional Correspondent for GhanaWeb.

Baba also showed Ilyaas Al-Hasan, GhanaWeb’s reporter the official receipt of the GH₵50.00 payment he eventually made at the designated paying point. 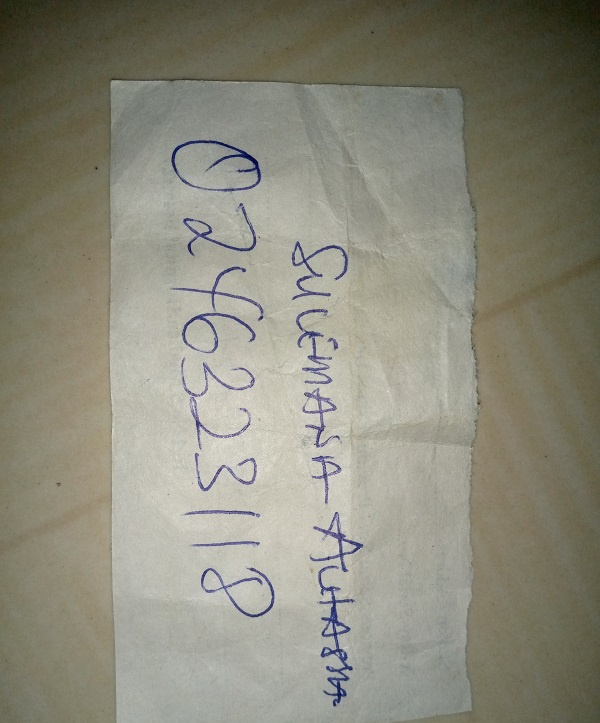 Armed with these, the patient said attempts to report the matter to the complaints unit of the hospital failed.

When GhanaWeb contacted Alhassan, one of the alleged culprits in the case via phone a week after the incident, he confessed to the offence and duly apologized.

Mr. Misbao Muhammed, the Public Relations Officer of the Tamale Teaching Hospital, whilst reacting to the issue in a telephone conversation with GhanaWeb on Saturday, July 17, 2021, expressed his disappointment about the issue. 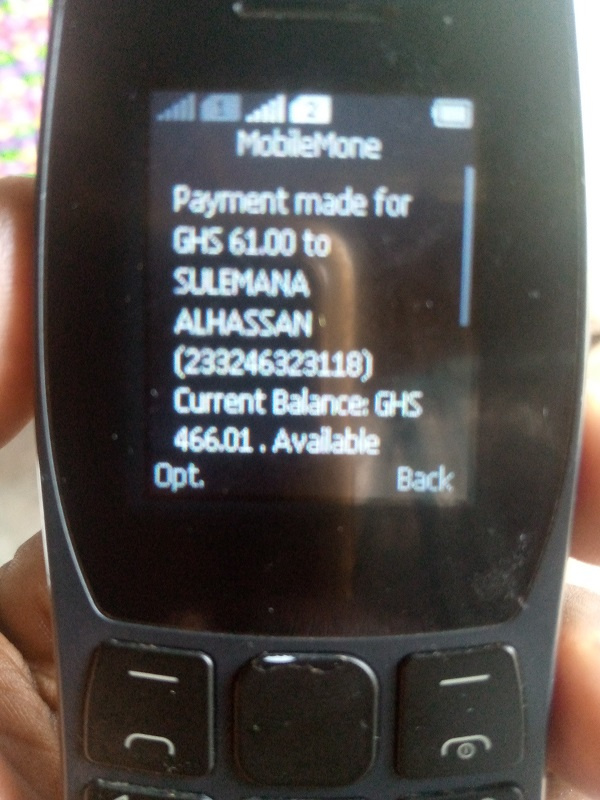 Mr. Misbao further advised that Baaba (the patient) makes a formal complaint to the Chief Executive Officer of the hospital for the necessary disciplinary procedure to begin.

“Usually when this happens, we subject the person to a disciplinary procedure. This is a case of extortion and he can get a maximum sanction of dismissal but before we get there too, we need to properly investigate the issue.”

“Then the person will be invited before the disciplinary committee, make his defense and a decision will be taken and he will be communicated to. He either accepts the decision of the committee or challenges the decision to an appeal process until a final decision is made,” he explained.

The alleged victim has since lodged a formal complaint at the time of filing this report. 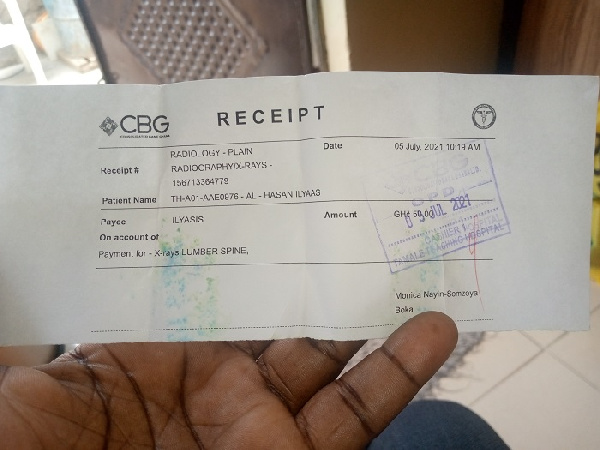 Related Topics:STAFFTamale teaching hospital
Up Next