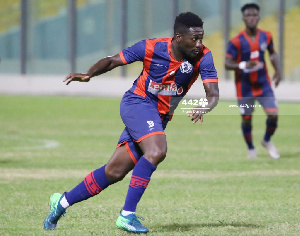 The Chief Executive Officer (CEO) for Legon Cities Football Club, Terry Maxwell Idam, has posited football is about business and every serious club should it as such.

According to him, as a football club, their focus is to build a brand and be prepared to recruit quality players and make a business out of them both locally and internationally.

He indicated that the team is a serious one that is in the league to make history hence it is focusing on recruit exceptional players.

He was responding to questions about the performance of Asamoah Gyan and why he has not been seen in most of the games the team has played.

He said the signing of Asamoah Gyan has given us the “biggest mileage” as a team.

He said Asamoah Gyan was signed for two purposes, first for business and for branding purposes.

He said the team is almost breaking even for bringing him on board.

He stressed Legon Cities see football as a business and not a social event as some teams see it.