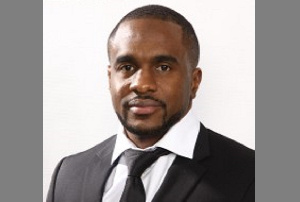 Samuel Ndaro is an aeronautical engineer credited with redesigning the scuff plate on some Boeing aeroplanes. He introduced the innovation when working in a department dealing with the 787 series commonly known as the Dreamliner.

“When you step onto the plane, there is a metallic thing that you step on,” Ndaro told Kenya’s Nation. “It used to be three pieces on the 787 but now it’s one piece. I redesigned that.”

“Every time I fly on that plane, I get really emotional. I can’t imagine a boy from Buxton, Mombasa, designing a 787. And actually, I see my parts on an aircraft. It’s just unimaginable,” he added.

Since June 2013, Ndaro has been working with the American aircraft manufacturer and has served in various capacities. He told Nation last year that at nearly 38 years old, he holds two managerial roles, with his official title being “Advance Product Support Leader and Adjacent Programme Manager”.

That made him the youngest person in most offices at Boeing and almost always the only Black person, he said.

Ndaro is the firstborn among three siblings. Education, he notes, is very important in his family. Although his father didn’t earn much as a port worker, he ensured his children had the best education. In school, Ndaro developed a special interest in courses involving numbers and subjects like mathematics, physics and accounting. He was also introduced to competitive sailing, which took him to other countries.

The turning point in his life came when he returned from a sailing competition in Australia. There was a test to determine index numbers for Kenya Certificate of Secondary Education (KCSE) candidates and he did not do well in most tests, including mathematics.

“This was my lowest maths result ever,” Ndaro said. “One of my close colleagues, who is a lawyer right now in Kenya, was like, ‘Hey, Sam, I’m really disappointed. You just didn’t do what you’re expected to do.’ And that hit me hard.”

He decided to pay more attention to his books. “That was the pivotal moment. So, that weekend, in that disappointment, I went home and created a timetable of how I was going to study until I got to KCSE,” he recalls.

After successfully passing KCSE, he got admitted to Wichita State University, USA, to study aerospace engineering. However, paying his fees was a challenge but he was lucky a friend’s dad from his sailing circles paid the fees.

While in the university, he managed to secure a job and used the savings to pay for his fees. During his internship, he secured a position at Bombardier Learjet, an aircraft manufacturer. He was there between 2005 and 2009. He left Bombardier in June 2009, a month after graduating with his degree in aerospace engineering with a minor in mathematics from Wichita State University. He subsequently joined the U.S. Army as a helicopter engine repairer.

While in the U.S. Army, he joined the Embry Riddle Aeronautical University and did a double Master’s in aeronautical science and aviation aerospace management. He left the U.S. Army after four years and joined Boeing as a structural engineer in the 787-8/9 program in 2013. The following year, he became the technical lead design engineer in the 787-8/9/10 program. While serving in this position, he led a team in redesigning the body floor grid and door surround structures, according to Nation. In 2016, he also became a technical lead and liaison engineer at Boeing’s space launch project.

Ndaro was moved to his first management position in 2017 when he was appointed the manufacturing operations manager for Boeings’ space launch system. The next year, he became the defence modification and sustainment engineering manager. His first senior management position came in 2019 when he was moved to be a senior manager in technical data solutions.

As a senior manager in technical data solutions, he led a cross-functional team of over 180 engineers, nine managers and a budget of $25 million, as stated by the Nation. Ndaro remained in this role until November 2020 when he was made Advance Product Support Leader and Adjacent Programme Manager.

“I have four senior managers reporting to me. And they have multiple people under them,” said the Kenyan aeronautical engineer.

Previous It floods even in America, Europe – Works and housing minister on Accra floods
Next Avanti Communications and Free in Senegal sign landmark agreement to build and host new HYLAS 4 satellite gateway in Senegal