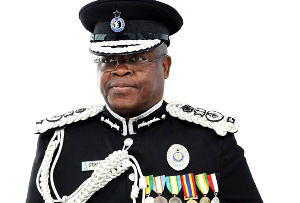 The Inspector-General of Police, James Oppong-Buanuh has reshuffled some regional commanders and members of the Police Management Board, a statement from the Public Affairs Unit of the service has said.

Under the latest reassignment, COP Mr. Frederick Adu-Anim is now the Director-General for the Motor Transport and Traffic Department (MTTD).

Meanwhile, the former Director in charge of Operations at the headquarters of the Ghana Police Service, DCOP Dr. Sayibu Gariba has taken over as the new Upper East Regional Police Commander.

He assumed office as head of the regional police command on Thursday, March 11, 2021.

DCOP Dr. Gariba took over from his predecessor DCOP Osei Kwaku Ampofo-Duku who went on retirement on March 5, 2021.

In a press statement issued by the Upper East Regional police command, DCOP Dr. Gariba assured residents of the region of maximum security.

He further appealed for tight collaboration to ensure effective crime-fighting in the region to nip crime in the bud.

Before assuming office as Upper East Regional Police Commander, DCOP Dr. Gariba was also the Commandant of the Ghana Police and Staff College in Winneba.