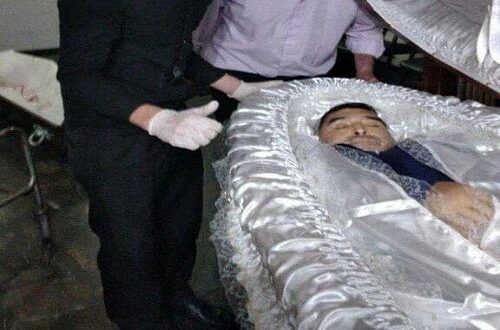 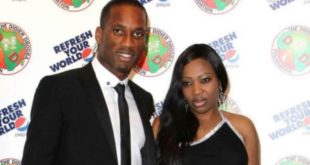 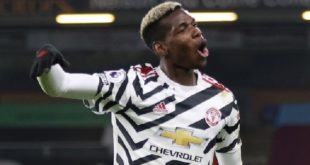 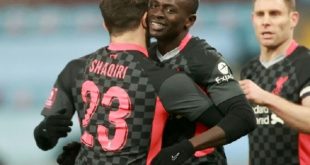 Three workers hired to help with the funeral and burial of Diego Maradona have been condemned for taking photos next to his open coffin.

A funeral parlour took on the three to help prepare the coffin of the football icon, who died on Wednesday aged 60.

In two pictures, the men can be seen posing next to the open casket at the parlour, smiling with their thumbs up.

The photos surfaced online as Maradona’s body lay in repose at the presidential palace, provoking outrage.

Maradona’s agent and lawyer, Matías Morla, vowed to take legal action against the “scoundrel” responsible for the photos.

“For the memory of my friend, I won’t rest until he pays for such an atrocity,”

The manager of the Sepelios Pinier funeral parlour in the Paternal district of Buenos Aires, Matías Picón, told local media that the three men in the photos were “outsourced employees” who had helped carry the heavy coffin.

“We are devastated,” Mr Picón, told the TN news channel. “The family trusted us, we have been working with them for a long time.” 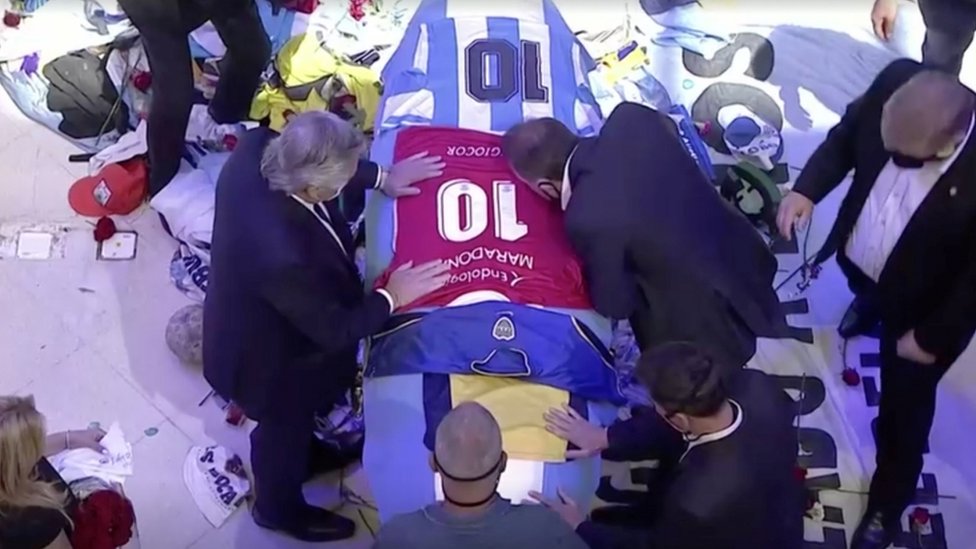 Mr Picón said his company had organised funeral services for other members of the Maradona family. “The family has total confidence in us, that’s why we are so affected,” he said.

“My father is 75 years old and he is crying, I am crying, my brother too, we are destroyed,” Mr Picón added.

When he called Maradona’s ex-wife, Claudia Villafañe, to tell her about the photos, “she was furious”. 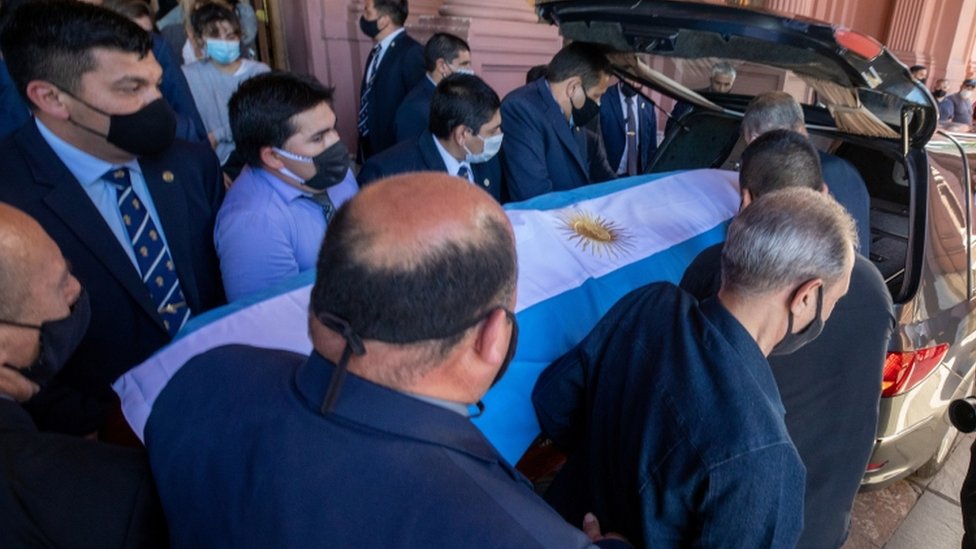 The Picóns said they did not know if the Maradona family planned to take any legal action.

Judicial sources told the Télam news agency that no crime had been reported in relation to the photos, so no complaint had been filed by prosecutors.

Maradona was buried in a private ceremony on Thursday, the first of three days of mourning declared over his death in Argentina. 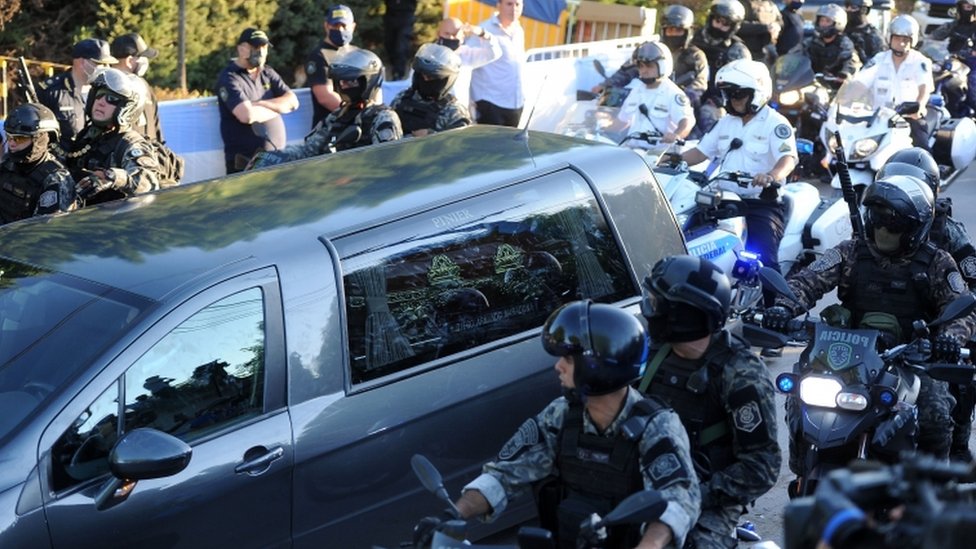 Maradona’s coffin – draped in Argentina’s national flag and football shirt, bearing his trademark No 10 – was on public display at the presidential palace in Buenos Aires earlier in the day.

Thousands of adoring fans filed through the door of the Casa Rosada to say goodbye to their hero, but the wake ended prematurely after clashes between police and some mourners waiting in line.

Regarded by many as the greatest football player of all time, the former Argentina attacking midfielder died at his home in Tigre, near Buenos Aires.

He had successful surgery on a brain blood clot earlier in November and was to be treated for alcohol dependency. He had a tumultuous personal life, scarred by alcohol and cocaine addiction, which caused him health problems.

Many of the footballing world’s biggest stars have paid tribute to Maradona, including former England striker Gary Lineker, who said the Argentine was “by some distance, the best player of my generation and arguably the greatest of all time”. 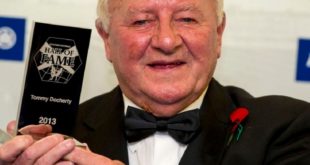