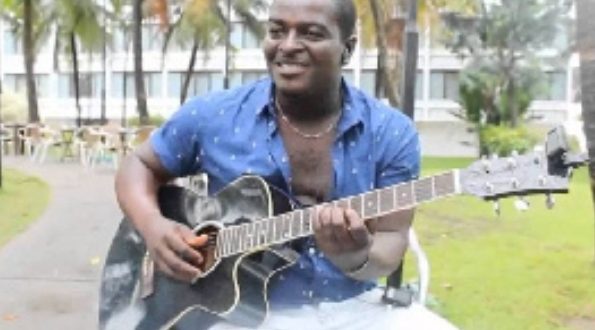 Much loved young Ghanaian Highlife singer and songwriter Nana Yaw Kumi known by his stage name as Kumi Guitar has revealed the reason behind his failed music career.

Kumi Guitar as most music fans prefer to call him once in his career, had one of the greatest opportunities which could change his music and personal life when he was signed by Zylofon Music which at the time was the greatest record label in the country.

In fact, records show that he was one of the first artistes to be signed onto the label. However, the story changed as many have criticized the musician for not making it bigger as was expected.

However, speaking on reasons for his failure in the industry, Kumi Guitar revealed that, during the early days of his career, he over-relied on people who eventually disappointed him on his music journey to success.

“In my music career, I trusted my career in the hands of people too much and they disappointed me. If I had known that some years back, I would not be where I am today”. Kumi Guitar said this in a discussion on Kantanka TV on the show Link Up monitored by MyNewsGH.com.

He further revealed that even his social media accounts were managed by the so-called people who disappointed him without knowing the passwords to these accounts.

Advising other musicians on his ordeal, Kumi Guitar said, “The first is that you don’t have to be lazy and also don’t get complacent that you have a manager, I have this or that so everything would be done for me. You should have knowledge in other aspects of the job apart from the singing or rapping you do”, he advised.