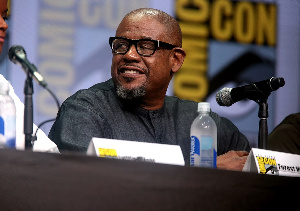 NBA Africa is officially in charge of NBA’s businesses in Africa. This includes the Basketball Africa League (BAL), which is a professional competition featuring 12 club teams from 12 African countries. The second season is scheduled to start in March next year.

Besides BAL, other projects NBA Africa oversees on the continent in its efforts to improve the game include Jr. NBA, Basketball Without Borders (BWB) Africa, and NBA Academy Africa.

These kids went viral in 2021 for the right reasons

“I’m thrilled to become a strategic investor in NBA Africa as it plans to grow basketball’s presence across the continent,” Whitaker said in a statement.

“The game of basketball is incredibly inspirational, and my decade working in Africa has shown me how sports can be a transformative method of helping to foster peace, as well as an economic engine for socioeconomic development in areas of conflict. I deeply believe in the league’s commitment to youth empowerment and am so excited to work alongside the NBA Africa family.”

A seasoned actor, director, and producer, Whitaker is widely known for his research and intensive study work on some of his movies. The award-winning actor branched into producing and directing in the 1990s with his directorial debut in a grim film about inner-city gun violence, Strapped, for HBO in 1993. Since then, Forest has flourished, directing some of the most successful Hollywood movies.

The movie, The Last King of Scotland, bagged him loads of accolades after its release in 2006. At the 10th Annual Hollywood Film Festival, he was presented with the “Hollywood Actor of the Year Award,” which described him as “one of Hollywood’s most accomplished actors.”

Outside acting, Whitaker is also CEO of the Whitaker Peace & Development Initiative (WPDI). The non-profit, according to the statement, “aims to promote the values of peace, reconciliation and social development within communities that have been impacted by conflict and violence.”

Whitaker also created the Youth Peacemaker Network through the WPDI. The global peacebuilding network has hubs in the United States, South Africa, South Sudan, Uganda, and Mexico. The organization also plans to soon expand its operations to the Democratic Republic of Congo and France.

“WPDI is active in the area of sports through its Peace Through Sports program, which combines sports practice and tournaments with workshops and events aimed at disseminating values of tolerance, nonviolence, and respect for human rights,” the statement added.

Whitaker was named as a strategic investor alongside Dambisa Moyo – the Zambian-born global economist, author, and international public speaker.

“We are delighted to welcome Forest and Dambisa to the NBA Africa family,” NBA Africa CEO Victor Williams said. “They are both accomplished humanitarians whose expertise, resources and guidance will add tremendous value to our existing investor group. We thank them for their commitment and belief in our efforts to use basketball as an economic growth engine and as a vehicle to positively impact the lives of youth across the continent.”

VRA made profit for the first time in 9years – Akufo-Addo