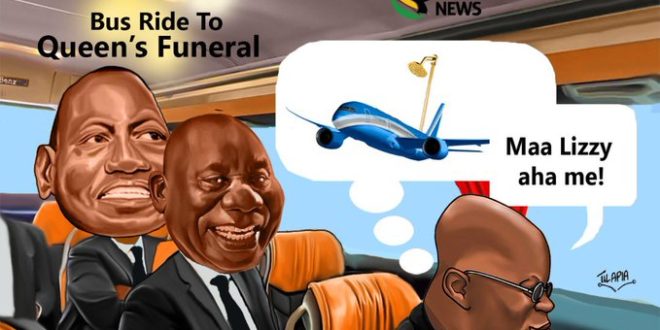 Despite only two African leaders having been photographed on a bus in London as they attended the funeral of Queen Elizabeth II, social media users are mocking all African leaders.

Only William Ruto of Kenya and Samia Suluhu Hassan were captured in the now viral photo first circulated on the morning of September 19, the day the Queen’s funeral was held.

Critics say the leaders have been given instructions that they could not disobey because they were not in charge in the UK.

For others, it is instructive that the United States president, Joe Biden, was allowed to use his full motorcade but the African leaders were denied, a sign of how limited their powers are as leaders outside their jurisdictions.

Others stretch the ‘bus treatment’ to how important the British government views them.

Social media users have since been digging up photos of African presidents in buses to largely make mockery of them. Some have also used photoshops to introduce other leaders onto the viral bus.

Cartoonists have not been left out of the ‘fun’ whiles others also shared videos.

The viral photo that triggered all the reactions is below: