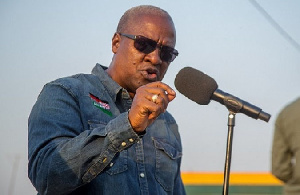 Joyce Bawah Mogtari, special aide to Mr. Mahama, in a statement on behalf of the former President described the allegation by Abronye DC as concocted stories.

The statement also reiterated that Mr. Mahama is a firm believer in democracy and would not in any way support a coup d’états in Ghana.

It noted that any attempt to link the former President with any group with the intention to stage a coup will therefore be untrue.

“I have been instructed by former President John Dramani Mahama to respond to yet another publication of false and concocted stories by one Kwame Baffoe also known as Abronye from the ruling New Patriotic Party (NPP).

“H.E. John Dramani Mahama has not met with any group of people, let alone a terrorist group, to plot to stage a coup d’etat. President Mahama is very well known, both in Ghana and internationally, as a democrat and a strong believer in strengthening democracy not only in Ghana but across the continent of Africa.

“Therefore, any attempt to align or associate him with anti-democratic activities, acts of destabilization, and abuse of human and other rights, cannot be true. This further clarification, despite reports of police action against the said Abronye, is simply to re-emphasise President Mahama’s integrity and democratic credentials” the statement read.

Online news portal, hotfmghana.com on Monday, February 14, reported that Abronye DC had alleged that former President John Dramani Mahama was conniving with Al Qaeda to stage a coup in Ghana.

This caught the attention of the Accra Regional Police Command who invited him to assist with investigations on Tuesday, February 15 at 4 pm.

The police in a subsequent statement detailed that preliminary investigations into the claims made by Abronye DC were untrue.

He was thus slapped with two counts of publication of false news and offensive conduct conducive to the breach of the peace.

Abronye was subsequently detained and arraigned before a court on Wednesday, February 16 where he pleaded not guilty. The court has granted him bail to the tune of GHC100,000 with two sureties. 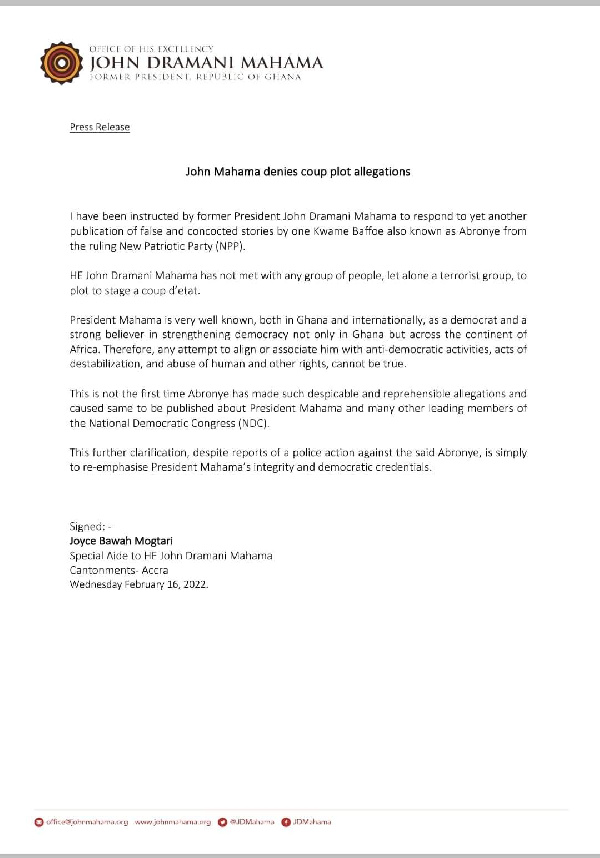 Previous Snakes, weeds, miscreants have taken over Trade Fair site – MP laments
Next My inspiration to write songs comes when I am naked – Nana Fynn reveals