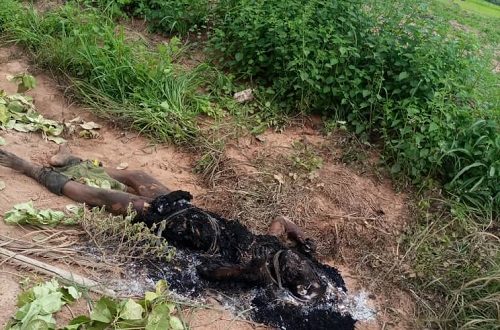 A 19-year-old man, Adama Ali of Fulani extraction, has been killed by a mob after he and four others went on a robbery spree between Nokwereasa and Samari- Nkwanta road in Ejura in the Ashanti Region on Saturday, September 10, 2020.

In their attempt to rob motorists from their farms, a mob arrested the deceased who was a cattle herder, lynched him, and burnt his body with a lorry Tyre.

The four other robbers, however, managed to escape and have gone into hiding.

The charred body of the deceased was moved by the police in Ejura to the morgue.

Police have commenced investigations into the case and are on a manhunt for the suspects on the run.