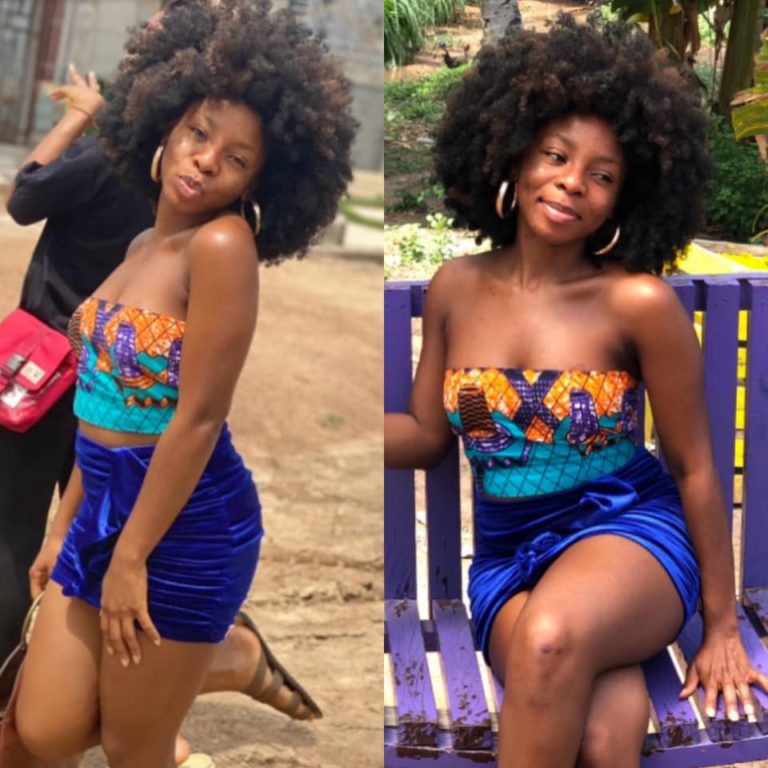 The last episode of the now-popular dating TV reality show, Date Rush, which airs on TV3 went international after an American-born Ghanaian showed up on stage.

Queen Nabila revealed that she was born in America and grew up in New York even though she was born to Ghanaian parents.

She had all the 10 male contestants on the show putting up their ‘best bahaviours’ and also trying to show off their Locally Acquired Foreign Accents (LAFA).

Nabila however revealed that she had stayed in Ghana long enough to understand ‘broken English’ popularly referred to as ‘pidgin’.

On the show, she managed to pique the attention of the male contestants and led eight of them on till her final profile video was played.

Following that stage, Nabila was given the opportunity to downsize the number from eight to two and she did so while dancing, leaving only Quecy and Nana Kwame.

She then decided to pick Nana Kwame as her date for the night and walked off the stage with him, leaving Quecy heartbroken.

Check the photos below