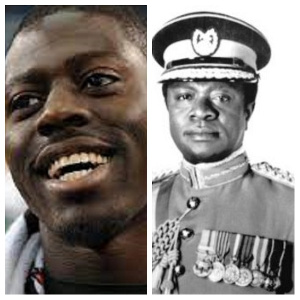 Between 1972 and 1978, Ghana was ruled by a military government headed by Ignatius Kutu Acheampong.

IK Acheampong as he was known would have his administration toppled in 1978 and be killed by a firing squad in the full glare of the Ghanaian public,a year later.

The hunt for Acheampong and his family members forced some members of the family to flee the country and seek exile in various parts of the world.

One of those people was his daughter Elizabeth Acheampong ( now Elizabeth Peprah) who flee Ghana to the United States to seek refuge from Rawlings and his rampaging soldiers.

Elizabeth Acheampong married Josh, a lieutenant in the army. The two would go on to give birth to a boy by name Charlie Peprah.

Charlie Peprah, who is a grand son of the military leader became a sensation in the United States of America for his American football talent.

Peprah who was born in Forth Worth, Texas had two other brothers named, Richard and Joshua.

Peprah, Superbowl champion is seen by his mother, Elizabeth as a reincarnate of Ignatius Kutu Acheampong.

Speaking to the NY Times in 2011, Elizabeth said ““He’s like my dad reincarnated,”.

Peprah believes his grandfather’s story has gingered him and made him the kind of human he has turned out to be.

“You can’t take anything for granted in this league,” he said, “and you have to take advantage of each opportunity.” He added, “After what my mom, my family’s been through, I feel like I can handle anything.” 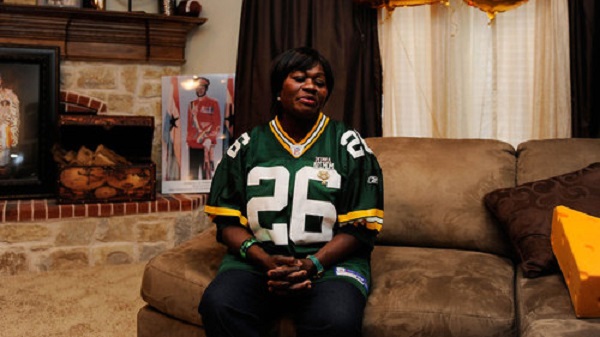 Previous Hearts or Kotoko: Popular Ghanaian pastors and football clubs they support
Next Cedi to further depreciate as no cent of US$2bn capital has been raised – Adongo warns