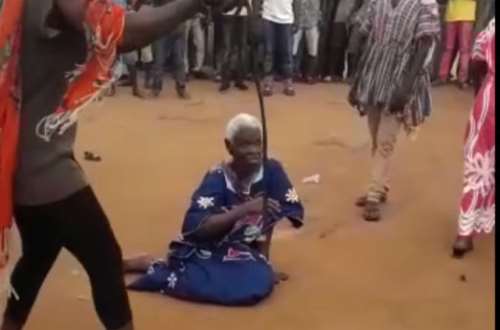 An elderly woman has been lynched in Nalerigu in the North East Region over suspicions of witchcraft.

The deceased, identified as Mma Rukaya, moved to the area from Janga, in the same region, because of similar accusations.

Speaking to Citi News on the matter, a resident of Nalerigu, Jonathan Nabila, said, “those who beat up the woman claimed she was a witch from Janga.”

“They beat her there [at Janga] then she came to Nalerigu and settled here two years ago. The youth followed up and came here to Nalierigu and beat her to death,” he added.

According to him, her assailants beat her with sticks and canes.

“After they beat her, she collapsed. She wasn’t even taken to the hospital when she passed away,” Mr. Nabila added.

The victim’s family came for the body and buried her on Sunday.

Parts of Northern Ghana have witnessed violence related to witchcraft accusations over the years.

In April this year, some residents of Nakpali in the Zabzugu District of the Northern Region burned the property of a 68-year-old woman they accused of being a witch.

The witchcraft accusations dominated news cycles in August 2020 after 90-year-old Akua Denteh at Kafaba in the Savannah Region was lynched on camera because of claims she was a witch.

At the time, the Ministry of Gender, Children and Social Protection, was criticised for not doing enough to protect elderly women from violence associated with witchcraft allegations.