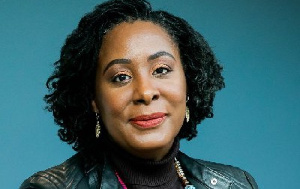 A Nigerian professor of Applied Linguistics in an American university, Uju Anya stoked a social media bonfire n September 8 when she about critical comments about the health of Queen Elizabeth II.

Uju Anya’s tweet referred to the Queen as ‘the chief monarch of a thieving raping genocidal empire,’ before wishing her excruciating pain.

The tweet generated widespread support and condemnation, with supporters justifying her position that the British Empire has been a thieving one in its relations with former colonies.

Among those opposed to her view was Jeff Bezos, the world’s richest man who said he expected more from someone who is an academic.

Her post was reported by tweeps and subsequently removed from the platform. Thereafter, she was unable to have access to her account for the next four days.

“Now for the most important matter that was unattended: The matchmaking thread I promised last week. It’s delayed while I settle into a new normal, but it’s coming! Prepare your best pics and descriptions! Ujunwa is free from Twitter jail, and she go hook una up,” she tweeted.

She had earlier posted a thread thanking supporters of her view and dissociating herself from any political leanings back home.

“Hi all, I’m back. I’d like to say a heartfelt THANK YOU to my loving partner Dr. Sirry Alang @ProfAlang and everyone who rallied for me here and elsewhere. Thanks for tweeting, talking, writing/signing support letters, etc. You showed me something very important: I have people.

“All of you showed me I have people in my life, in my new city of Pittsburgh, in my university, in this country, and around the world. I am deeply grateful to you, my people, for holding me in strength and community.

“From what I’ve been told, there is no plan to sanction or fire me, and my job is not in jeopardy. My university leadership showed very clearly they did not approve of my speech; however, they stand in firm support of my freedom of expression on my own personal social media.

“I am not in a battle with Carnegie Mellon University. As the letters of support from the students, faculty, staff, and others in my university community clearly show, I am wanted and I belong here,” she stated.