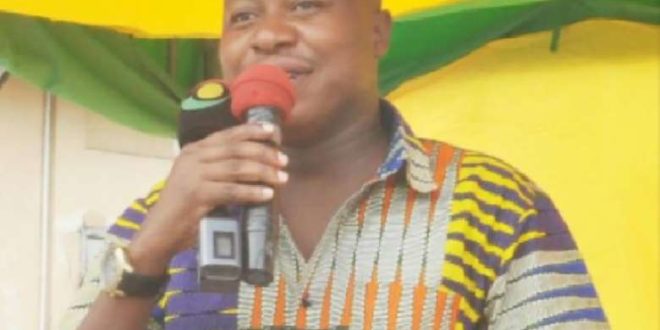 The National Executive Committee of the ruling New Patriotic Party (NPP) has lifted the indefinite suspension slapped on the First Vice Chairman of the party in the Central Region, Mr. Horace Ekow Ewusi.

His suspension has been converted to definite suspension which will be in coterminous with the tenure of the current Regional Executives of the party.

Ekow Ewusi was suspended by the party for allegedly grossly misconducting himself.

The decision of his suspension was taken on Wednesday July 31, 2019, by the Regional Executive Committee when they met at Cape Coast to consider the recommendations made by the Regional Disciplinary Committee after it inquired into the allegations levelled against him by one Edward Okraku Adum.

The Regional Disciplinary Committee chaired by Prof. I.K Sam-Amoah had recommended to the Regional Executive Committee to suspend Ekow Ewusi from his position indefinitely.

Other members of the committee were Madam Theresa Adam-Gyamfi and Madam Sarah Naana Arthur, Lawyer Frederick Selby is a member and also a Secretary of the Committee.

The Disciplinary Committee had contended in its report that Ekow Ewusi failed to appear before it for hearing despite providing him the platform to speak to issues at stake.

However, a fresh letter from the National Executive Committee of the party dated April 11, 2022 and signed by the General Secretary, John Boadu announced the lifting of the suspension.

“It is the decision of the National Executive Committee that the indefinite suspension shall be coterminous with the tenure of office of the current Regional Executives. Accordingly, the lifting of the suspension in it entirety, shall be effective on the day the Central Regional holds it 2022 Annual Delegates Conference..”

Previous The judicial system has a special court for electricity offenders – Energy Minister
Next One killed, properties destroyed, many displaced by rainstorm in Bawku West