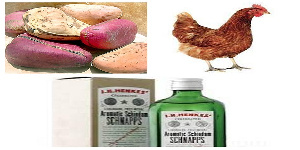 ‘Nu’uhe gme’a’: The mystic Frafra marriage custom that forces women to remain faithful to their husbands

There are three types of valid marriages recognized by the Ghanaian law; they are the Customary marriage, Ordinance marriage and Islamic marriage under the Marriage of Mohammedans Ordinance.

Though the ordinance marriage is recognised by all, without first undertaking the traditional marriage, the marriage won’t be recognized by both families.

For the Frafra tribe, before a man can call a woman his wife, he needs to perform a rite called “nu’uhe gme’a”.

‘Nu’uhe gme’a’ is performed by the man’s family sending the marriage emissary to the woman’s house. He goes there with a red fowl, sheep or cows, kola, tobacco, and local gin among other items. mybolgaonlinegh.com has stated.

A woman is barred from sleeping with any other man after the nu’uhe gme’a is performed.

“Depending on families and localities, the fowl or animal is used for sacrifices in the girl’s father’s house to her “sigre” (which refers to her naming god). This sacrifice binds and solidifies the marriage. When this is done, any act of infidelity on the part of the woman will have consequences both for her and the man if she doesn’t confess.

“Frafra culture allows men to marry more than one wife with the ‘permission’ of the first wife, therefore infidelity on the part of men is foreign,” mybolgaonlinegh.com details.

If a woman sleeps with another man aside her husband, an act the Frafras call ‘buuhe’, she must not sleep with her husband again until she goes to the marriage emissary’s house and confess to him after which some rites will be performed before her husband can decide whether to accept her back or not.

In Frafra culture, it is perfectly normal for a man to accept his wife back after she confesses and goes through the rite of purification.

It is worth noting that ‘buuhe’ doesn’t only happen when a married woman sleeps with another man but also when she steps on the mat or sleeping place of a man who is not her husband, depending on what locality consider as improper contact.

If a woman fails to make a confession after committing ‘buuhe’ and goes ahead to sleep with her husband, the “sigre” god in her father’s house will be defiled and seek revenge.

“Depending on localities, gods, and beliefs, revenge can come in many forms. Either the woman suffers during childbirth and dies, or the man dies. Sometimes, it can also be their children. Why the man or the children and not just the woman? It all comes down to the “sigre”. Each believed to be different, exacting revenge in different forms. Since most communities have similar “sigre” gods, it can often happen that in a particular village, “buuhe” kills only the men and in others the women and so forth. Stories abound of women who committed “buuhe”, failed to confess, and encountered difficulties during delivery. Once they confessed, had easy childbirth afterward. So are stories of mysterious deaths of young men and women, attributed to “buuhe”. There is no scientific correlation, but a belief system must have value to last the test of time or maybe not.” Mybolgaonline.com details

Even though some other rites are performed before the nu’uhe gme’a, it is the most significant part of a Frafra marriage and without it, children born into the marriage are not traditionally recognised as the man’s even though they are biologically his.

Also, two funerals are usually performed for a married Frafra woman when she dies; one in her husband’s house and the other in her father’s house. But if a man does not perform the nu’uhe gme’a rites, he cannot hold a funeral ceremony for the dead wife.

Some people think the most important aspect of Frafra marriage is paying the four cows, but “nu’uhe gme’a” is the most significant because you can pay the four cows but cannot claim a woman and even his children as his if this rite is not performed.