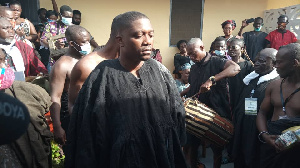 Kingmakers of Akuapem have started traditional processes to install Odehye Kwadwo Kesse as the next Okuapehene.

The 34-year-old becomes the youngest Paramount Chief in the whole of the Eastern Region.

The installation processes began on Friday morning where after introducing him to the appropriate Kingmakers, a ram was slaughtered and its blood sprinkled on his feet to signify his acceptance as Okuapehene.

Odehye Kwadwo Kesse was then taken round the whole of Akropong township to show him to the public as the incoming Okuapehene, all things being equal.

About three years ago, a chieftaincy dispute broke out in Akuapem following a misunderstanding between factions in the Sakyiabea Royal Gate whose turn it is to produce the next Okuapehene.

The Queen of Akuapem, Nana Afua Obuo Nketiaa II had by herself selected one Odehye Kwasi Akuffo and installed him as chief, at the same time one Lily Nana Agyeman, Abrewatia of Sakyiabea Royal Gate had nominated Odehye Kwadwo Kesse to be heir to the throne to succeed the late Oseeadeyo Addo Dankwa III.

Unsatisfied about events, the Abrewatia petitioned the Regional House Chiefs challenging the traditional capacity of the Paramount Queen in nominating and installing a Paramount Chief.

The Judicial Committee in its judgement annulled the Queen’s choice as the legitimate Chief.

The Committee clarified that it is the traditional mandate of the Abrewatia to select a candidate and submit his name to Asonahene for onward delivery to the Queen.

The judgement was delivered amidst heavy security presence both at the Regional House of Chiefs and Akropong-Akuapem. 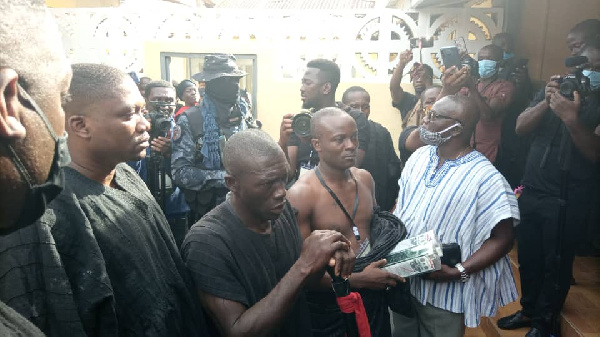 The Okuapeman Stool has been vacant since 2015 after the demise of Oseadeeyo Addo Dankwah III, as a result of the dispute within the Sakyibea Royal House.

This chieftaincy dispute while being addressed at the Regional House of Chiefs led to some clashes at Akropong.

However, the installation on Friday saw no tension as everything went on smoothly without hitches. 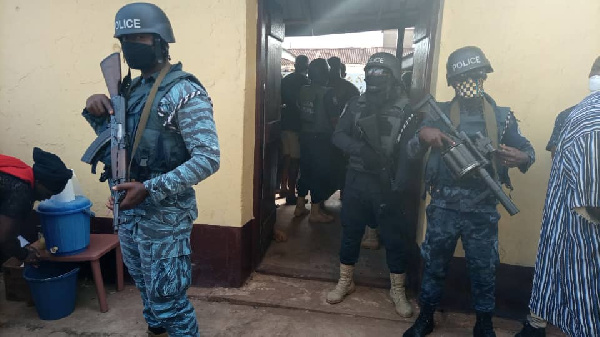