Home / GENERAL NEWS / Over 30 houses at Janga destroyed by a rainstorm, many displaced 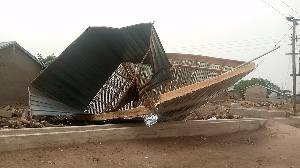 Over 30 houses at Janga destroyed by a rainstorm, many displaced

Some residents at Janga in the West Mamprusi Municipality of the North East Region have been displaced following a rainstorm that ripped off over 30 houses in the community on Sunday evening (13 March 2022).

Several houses, provision stores, drugstores, football game centres, container kiosks, and other structures have been brought down by a heavy downpour that lasted for more than an hour in the area.

Some houses including a football game centre where football games are being watched by the youth have been grounded completely and injured two persons.

According to the residents, two persons received minor injuries at the game centre and were admitted to the Janga Polyclinic where they were treated and discharged.

Some of the victims who spoke to GhanaWeb in an interview bemoaned that they do not have a place to lay their heads after the havoc. 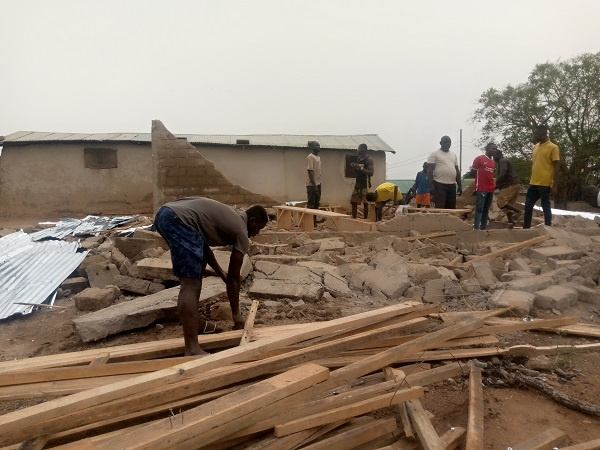 The affected victims, including a 95-year-old woman whose house was also ripped off, are appealing to the President of the Republic of Ghana and the Vice President to sympathise with them and support them with roofing sheets and cash to put up their houses again.

The 95-year-old woman’s appeal comes after she could not get a place to sleep n Monday, March 14 after her house was ripped off.

The victims who spoke to GhanaWeb are appealing to the government, NGOs, philanthropists, and other well-meaning Ghanaians and international bodies to come to their aid. 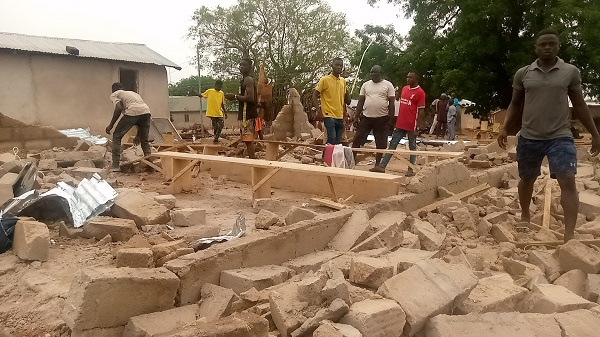 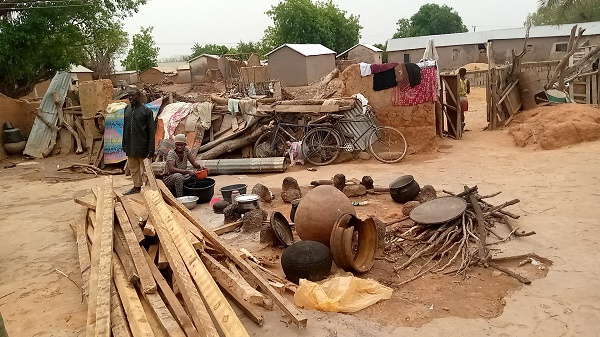