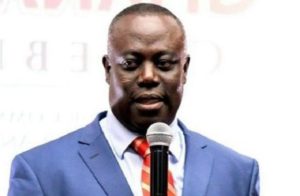 The Ghana Pentecostal and Charismatic Council, GPCC, has given Parliament a deadline by which time to pass the anti-Lesbian, Gay, Bisexual, Transgender, Queer; LGBTQ+ Bill, currently before the House.

The bill, officially known as ‘The Proper Human Sexual Rights and Ghanaian Family Values Bill’ was laid before the House earlier this year and referred to the relevant Committee for among others, public consultation.

With Parliament due to resume in the coming weeks, President of the GPCC, Rev. Prof. Paul Frimpong-Manso, has asked that the Bill should be passed by end of October.

He cautions further that the GPCC will organize protests if that deadline is not met.

“I wish to use this opportune platform to remind Government and in particular, the leadership of Parliament and its Select Committee on Constitutional, Legal and Parliamentary Affairs that GPCC would not hesitate to call its members onto the streets should they fail to pass the Bill into law by the end of October 2022,” Rev. Prof. Frimpong-Manso stated.

He was speaking at a farewell service held outgoing General Secretary of the group, Rev. Dr Emmanuel Teimah Barrigah.

The event that took place in Accra last Saturday, also saw the induction into office of Apostle Immanuel Nii Okuley Tettey as the new General Secretary of the GPCC.

The Bill is a private members bill sponsored by eight MPs, it seeks to criminalise all anti-LGBTQI activities in the country.

It has generated widespread support across the social spectrum and a lot of heat especially after a group of academics and members of civil society openly backed the same-sex movement asking government to stay out of the sexual lives of the citizenry.