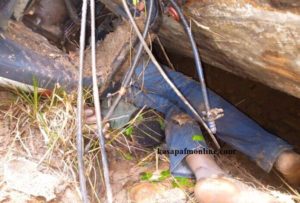 PHOTOS: Timber falls from truck; one dead, another in critical condition 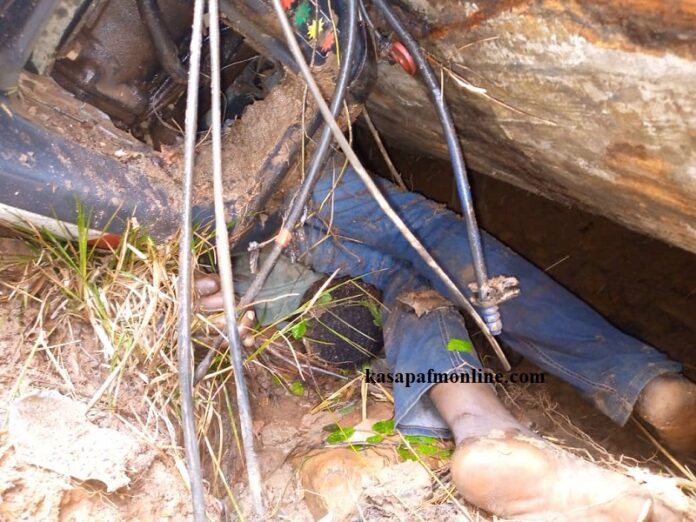 A timber truck driver is reportedly dead while another person is in critical condition after a terrifying accident at Abene in Kwahu East District of the Eastern region.

According to a witness, the logging trailer was carting three big logs of timber but suddenly one of the timber violently surged forward from the moving truck and crushed off the head of the truck before falling off the trucks. 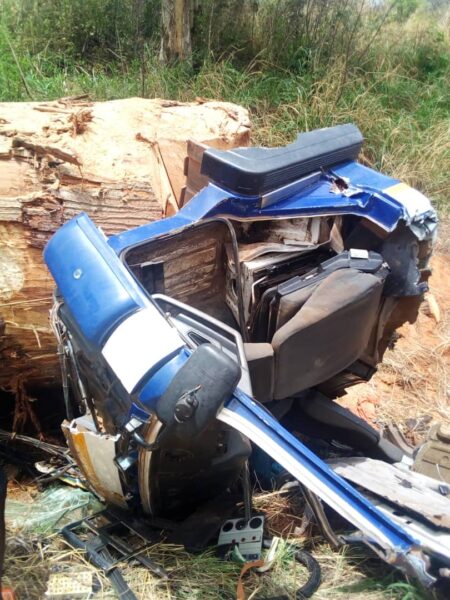 The driver of the truck with registration number GR 5812-19 was crushed to death instantly by one of the logs which violently fell on him, but another person was trapped in the head of the truck.

It took hours before he was extricated with the help of the locals, police and ambulance service personnel who went to the scene. The victim was rushed to Atibie Government Hospital. 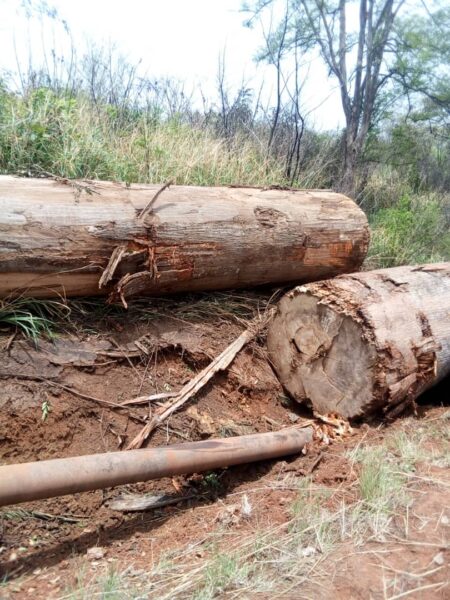 The office of the Ghana National Fire Service couldn’t help because they do not have extrication equipment.

Kwadwo Gyamfi, a driver told Nkawkaw based Agoo FM that, “the timber truck from Abetifi to Kwahu Abene has been involved in an accident. The logs fell off from the truck, in fact, one of the logs went straight to smash the head of the truck, the driver died on the spot because one of the logs fell on him but the other person has been trapped in the vehicle which we are struggling to extricate him”.