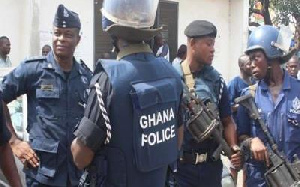 Police on high alert after hint of terrorist attacks in Bolga, Tamale 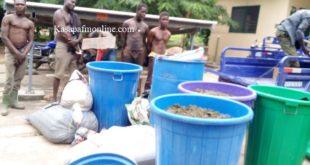 Police in the Northern and Upper East regions have been put on high alert following intelligence gathered about a possible terror attack.

According to the intelligence, some bandits from Burkina Faso – known for their operations on the Ghana, Burkina Faso border – are planning to launch attacks in the coming days.

A police wireless message intercepted by 3news.com on Tuesday, June 15 indicated that the suspected bandits may have already infiltrated the country with military-grade weapons.

“Bandits suspected to be in possession of military-grade weapons may have already infiltrated Ghana at yet-to-be-identified locations in the northern regions and they are poised to launch the attacks any moment from now,” the wireless message stated. 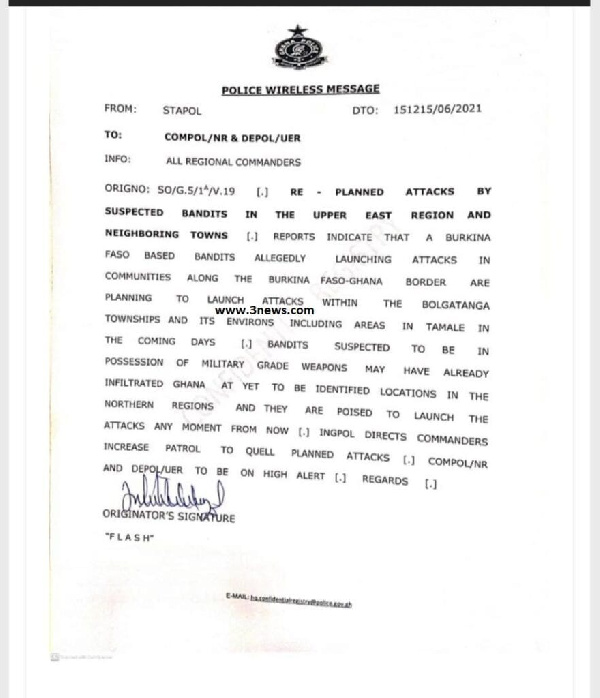 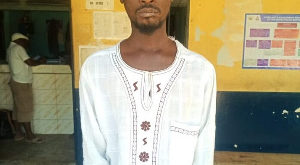 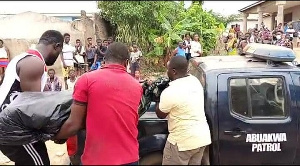