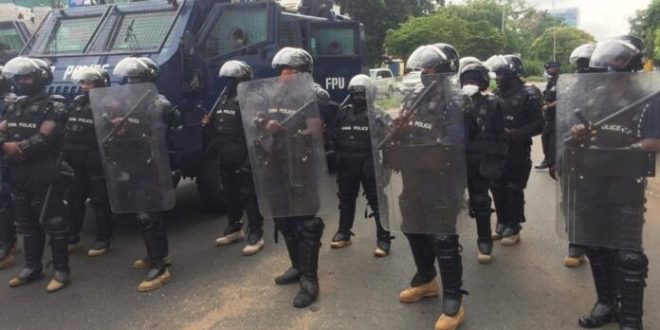 The CNR reported that the students demonstrated against school authorities because of strict social distancing and invigilation during West Africa Senior School Certificate Examination (WASSCE).

Spokesperson of the Ghana Police Service in the Savannah Region, Sargent Owusu Adjekum told CNR that police were deployed to the scene after a complaint from the headmaster of the school.

“On seeing the police the students fled. The Police patrolled the school until this morning. No arrests have been made”, Sgt Agyekum was quoted as saying.

Early this week some second cycle schools across Ghana have recorded similar protests since the start of this year’s WASSCE.

The Ghana Police Service are already monitoring events at the Tweneboa Kodua, Adanwomase, Juaben and other Senior High Schools after students protested against strict invigilation and exam regulations.

No arrests have been made in such instances.

Meanwhile, the Ghana Education Service (GES) has begun a probe into all such incidents of student unrest across the country.

Director-General Kwasi Opoku-Amankwa who has condemned the acts told Accra-based Joy FM that students found culpable will not co unpunished.

“It’s indiscipline”, the Director-General said. “Students should channel their grievances to the appropriate and not resort to violence”, he added.